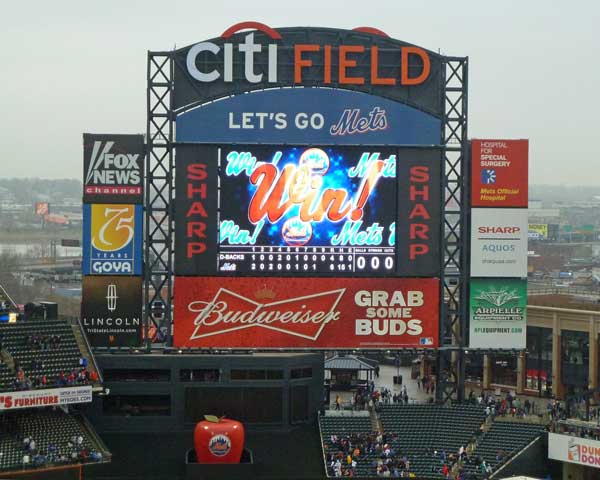 It took four tries, but I finally got to see my first Mets win at Citi Field in 2011 on Saturday. 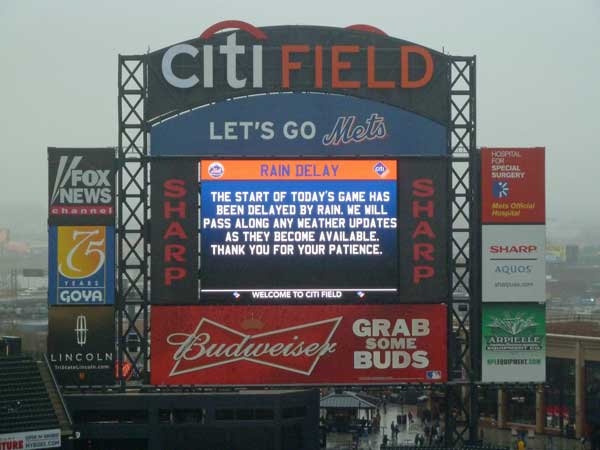 I almost didn’t go to the game. It was raining all morning and the forecast for the afternoon didn’t seem all that great, either. If the Mets hadn’t won their last two games, I might have decided to skip it. But I went, and I made sure to wear my “lucky” Buffalo Bisons cap. (It came in the mail Thursday, so I was wearing it while watching the Mets game that night. Since they won, I made sure to wear it again on Friday while watching the Mets. Baseball players aren’t the only ones with silly superstitions.)

It wasn’t the nicest afternoon for baseball, but after an hour plus rain delay the game got underway. 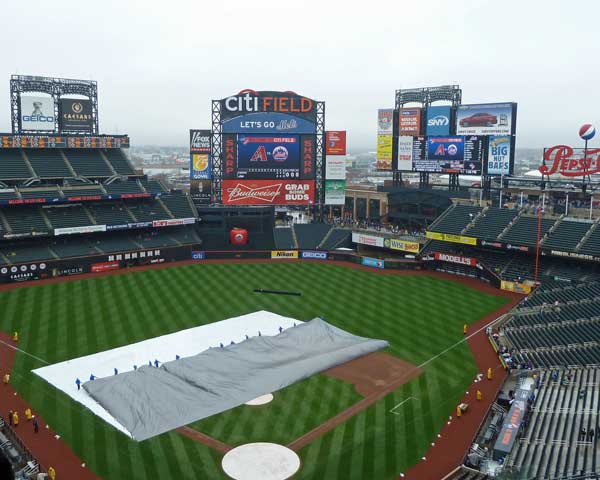 And somewhere in the first inning, I wondered if seeing the tarp come off the field might be the highlight of the day. With two out, Justin Upton dumped a single in the no-man’s-land between the infield and Jason Pridie in center. Stephen Drew followed up with a line drive into the right field corner that Carlos Beltran seemed to take forever to play, and the D-backs were up 1-0 with a runner on third. 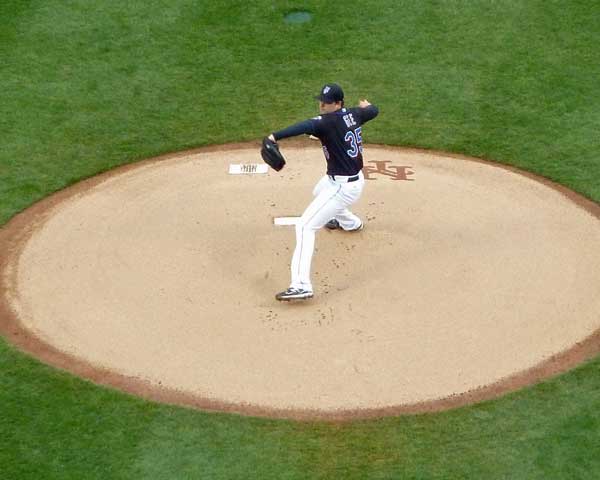 Dillon Gee got out of the inning without any further damage, but he was in and out of trouble all day. He reminds me of Rick Reed – he’s got pretty average stuff, but if everything goes well he can keep opposing hitters off-balance. If not, he can keep his team in the game. 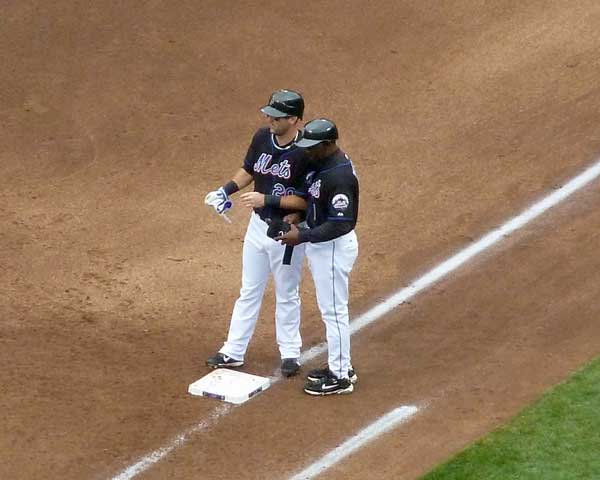 Fortunately, the Mets were hitting a bit today. Jason Pridie got the first hit of his major league career, 962 days after making his major league debut (but in only his 13th big league game.) 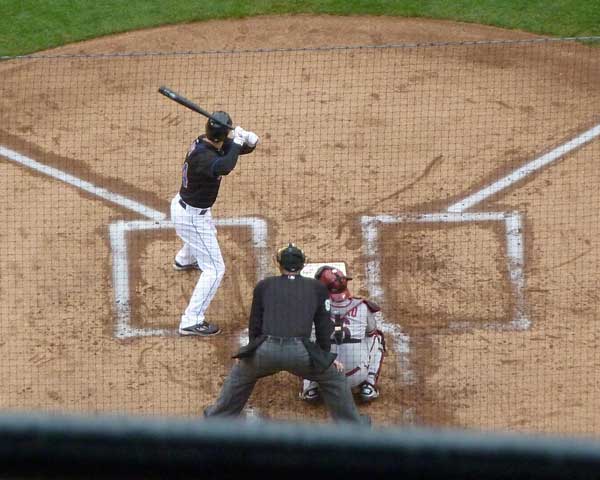 Jason Bay had one of his best games as a Met, driving in two runs with a two-out single in the first and hitting a long home run to right center in the fourth. After Bay and Ike Davis hit their home runs, I was convinced that I was going to see a Mets victory. That lasted until Miguel Montero hit a home run to tie the game up. 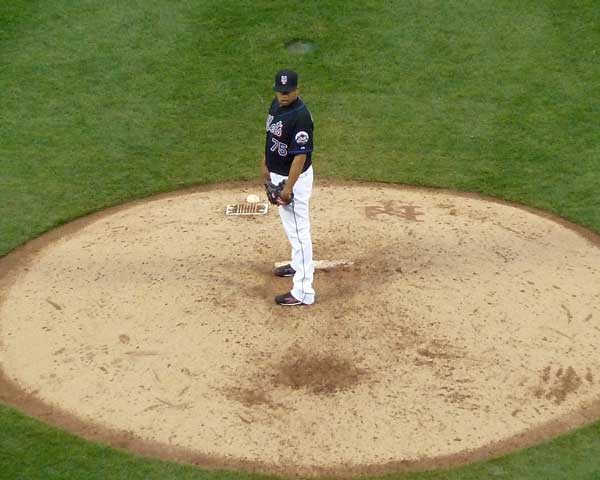 From then on, I was waiting to see how the Mets would lose. To my surprise, they didn’t. Daniel Murphy drove in the go-ahead run in the sixth, then added an insurance RBI in the eighth. Francisco Rodriguez made things too interesting in the ninth, of course. 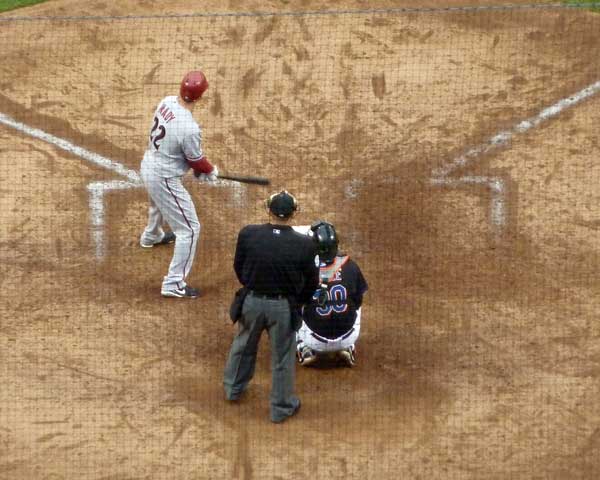 He nailed down the save, striking out old friend Xavier Nady in the process. 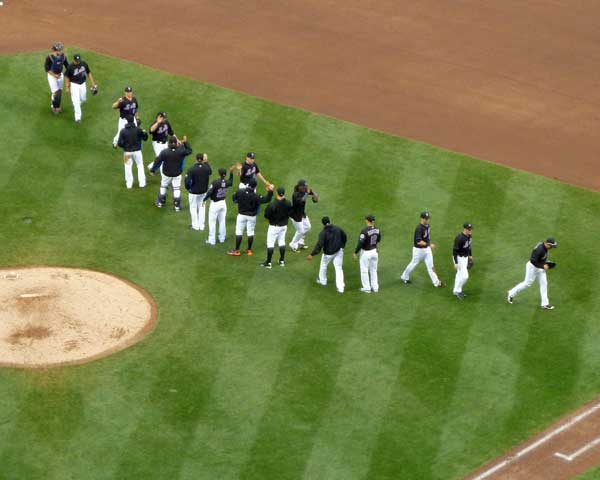 So I got to hear “Takin’ Care of Businss” for the first time this year. (I really wish the Mets would pick a new song to play after victories – it reminds me too much of 2006, when the Met ultimately did not “take care of business.”) 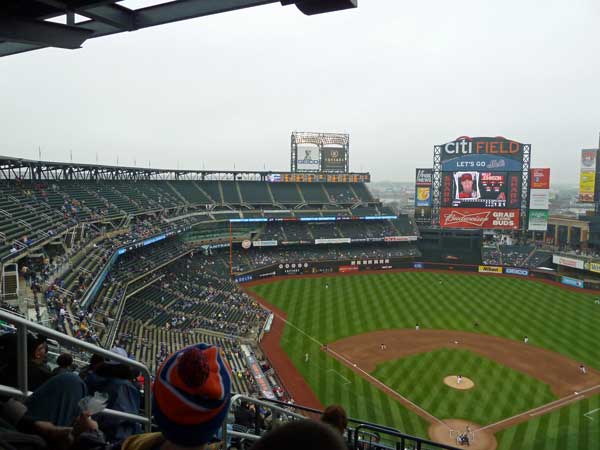 The stadium was pretty empty today, but that was fairly understandable considering the weather. 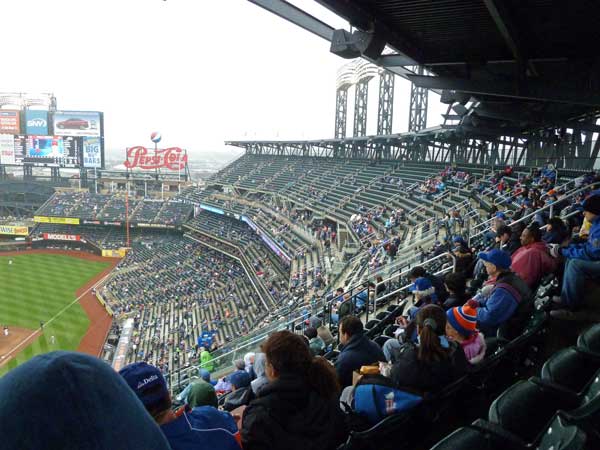 These shots were taken during the top of the first inning. 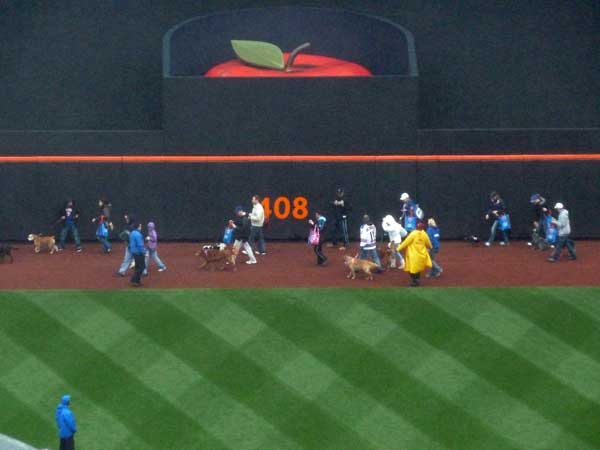 Today was “Bark in the Park” day, and the pooches got to parade around the warning track before the game. If the dogs can have their day, why not bring back Banner Day?

We also got to see one of the more unique ceremonial first pitches. Tillman the skateboarding dog went out to the mound with his handler and delivered the ball, attached to his doggie coat, to the catcher. I wish I had gotten a video of it.

It seems that Tillman also demonstrated his skateboarding technique outside the stadium today, though I didn’t see it.