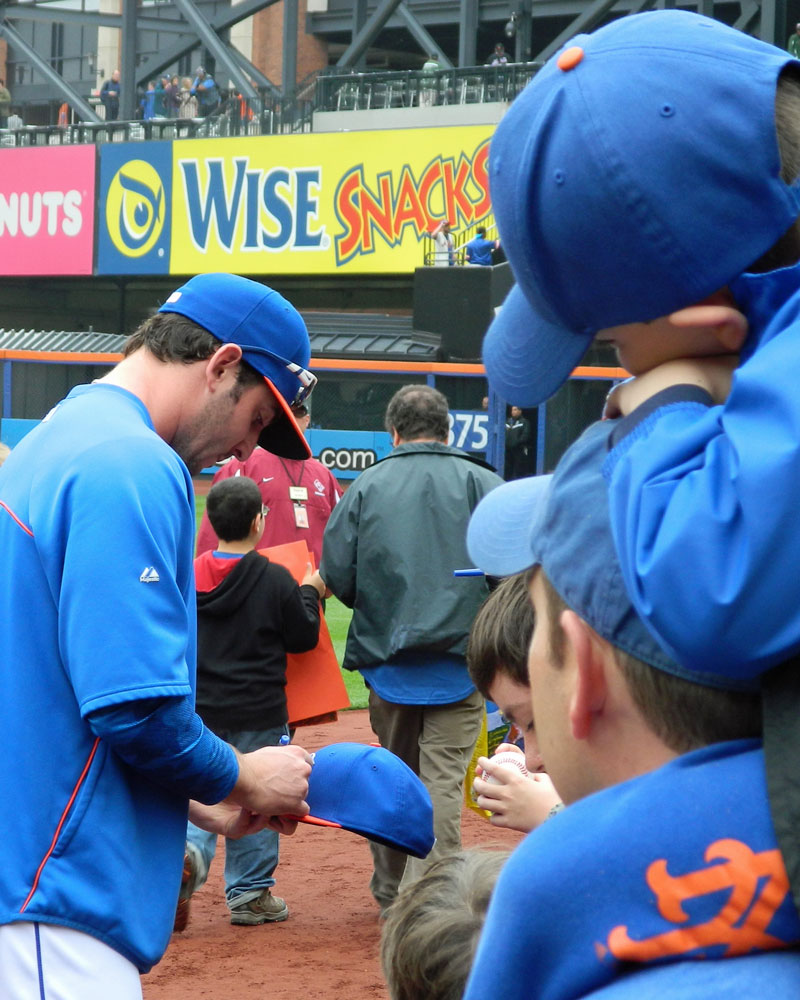 Next weekend, Matt Harvey is scheduled for a public autograph signing session at the Steiner Sports Store at the Roosevelt Field Mall in Garden City, N.Y.

His autograph won’t be cheap, though. It will cost $125 to get a baseball, photo or baseball card signed; if you want a premium item or piece of equipment signed, that will be $175. Want an inscription? That will be another $45.

Harvey is very hot right now and seems on the verge of becoming a superstar. I’m there will be no shortage of folks eager to take advantage of this opportunity. As my friend Bart pointed out, Harvey’s autograph price could go up even higher.

But as great as Harvey has been so far, I can’t help thinking that $125 is too much money for a pitcher who will be making his 23rd career start tomorrow. Looking at Steiner’s list of upcoming signings, I see they’ve got Hall of Famer Bob Gibson coming next month – his autograph starts at $65.

We can talk about supply and demand – Gibson’s been signing autographs at shows for decades, and Harvey’s just started. We can talk about different eras and the different salaries involved, but Harvey is still a year or two away from the beginning of his big money years.

Here’s hoping that a few years from now, Harvey is such a big star that I’ll regret passing up a chance to pay “only” $125 for his autograph. I’ll gladly deal with the hole in my collection if it means watching one of the game’s best players every fifth day.

13 thoughts on “How much would you pay for a Matt Harvey autograph?”