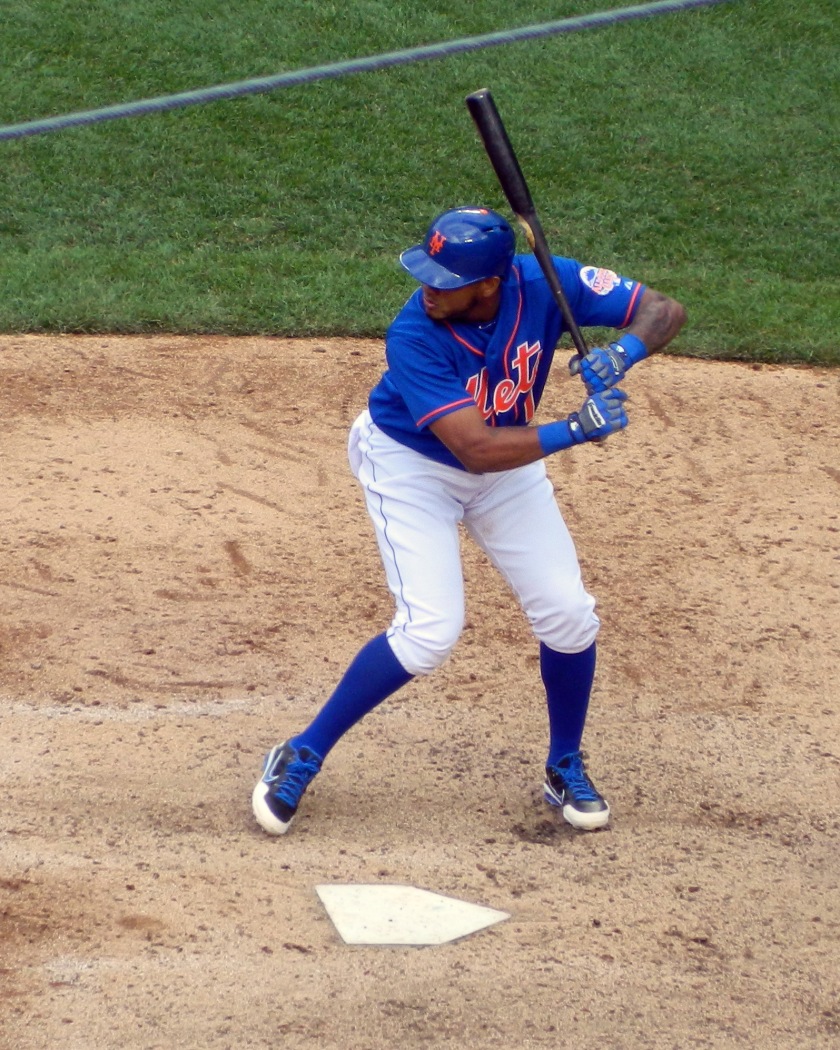 Day one of the New York Mets’ revamped roster didn’t go so well.

Daniel Murphy, playing his first game at first base this year, made a costly error and Jeremy Hefner made some pitches that were a little too easy to hit, and that was the ballgame.

But for good measure, Kirk Nieuwenhuis botched a catch of a ball hit to right field, Greg Burke gave up too many hits, Josh Edgin walked the first batter he faced to force in a run and David Aardsma showed signs he could give up just as many home runs as the recently demoted Robert Carson, if allowed the opportunity.

Meanwhile, Wacha – who was taken seven picks after Gavin Cecchini in last year’s draft – earned his first major league win. (Cecchini is hanging out in extended spring training, waiting for the Brooklyn Cyclones to begin their season next week.)

And in Las Vegas, Ike Davis is 0-for-2 with a walk and a strikeout in his first three plate appearances.

It feels like this season is just another step backwards in the process of re-making the Mets. Davis, Ruben Tejada, Lucas Duda, Jonathon Niese and Dillon Gee have all been disappointments to one degree or another. Daniel Murphy is one of the few who had been having a good year, but it’s clear now that he doesn’t factor into the team’s plans. If he did, why move Murphy from second base  just to be a placeholder with Davis in the minor leagues?

At least Jordany Valdespin made it through a whole game without doing anything infuriating, and he even contributed two of the team’s five hits.

Hooray for little things, I guess.

#flowersofinstagram
How was everyone's #PokemonGO #StarlyCommunityDay?
Friday flowers
Did anyone else play #Pokémon #GoFest this weekend? How did you do?
Some cookies for Election Day
Some finds from work last week...the dollar note is from 1935!