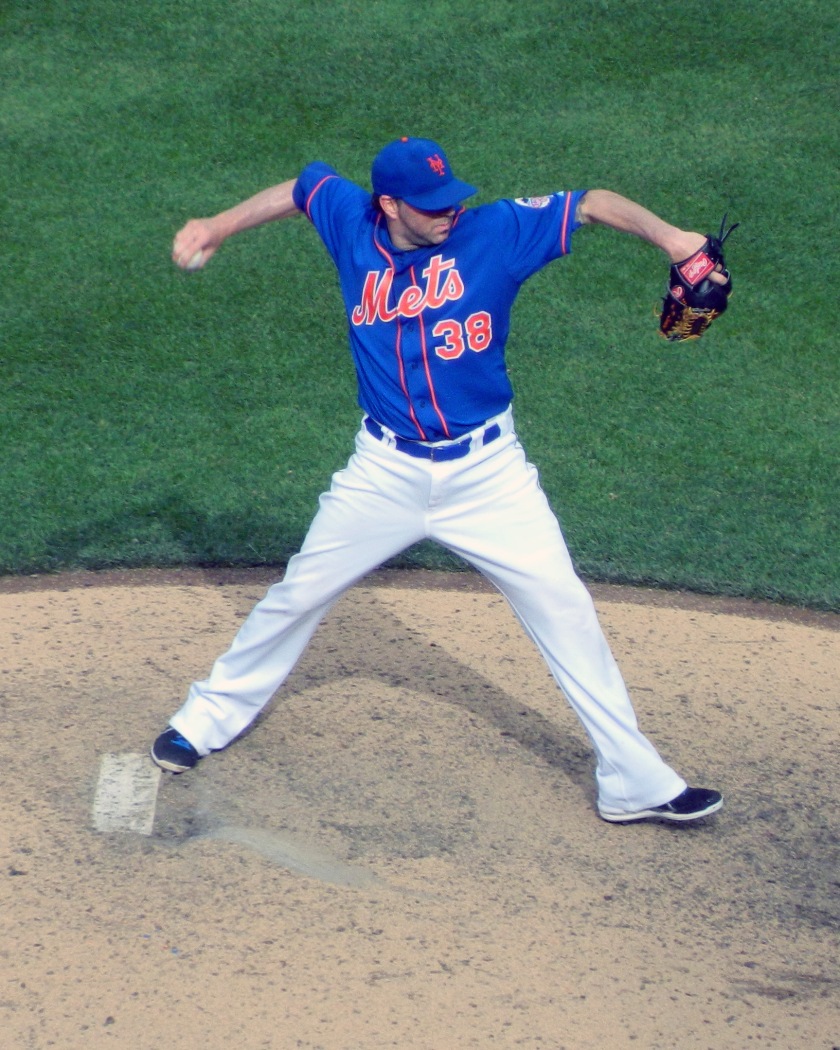 Shaun Marcum lost his eighth game of the season tonight, and he’s making progress towards the record books.

According to Gary Cohen, Bob L. Miller holds the record for most consecutive losses to start a Mets career. The unlucky right-hander went 0-12 for the 1962 Mets before finally picking up a win on the last day of the season.

Anthony Young went 0-13 for the 1993 Mets before winning his first (and only) game of the season on July 28th. The amazing thing about that streak is that half of his losses (and the victory) came when he was working out of the bullpen.

I’m not sure if any other Met has a longer string of losses before picking up their first ‘W’ of the season – it’s not something that’s likely to make its way into the team’s game notes. But it sure feels like Marcum is making a run at all of them.

Actually, I think I might have jinxed him tonight. My friend was looking for another starting pitcher for his fantasy team, and I suggested Marcum. I guess I forgot that pitching performances against the Miami Marlins (or the New York Mets) shouldn’t count as much since they don’t field major league caliber lineups.

The two best hitters in the Mets lineup had good nights at the plate. David Wright was on base all four times he was up, with three hits and a walk. (He also made one unfortunate baserunning decision that let struggling Cubs reliever James Russell escape what might have become a big inning with only two runs allowed, but let’s face it – station to station baseball has killed more Mets opportunities this year than aggressiveness on the base paths.)

Daniel Murphy had a pair of hits and two RBI. Even Lucas Duda managed an RBI single, his 22nd of the year. (Keep in mind that half of that total comes from driving himself in with home runs.)

Three runs might have meant a Mets victory on Thursday afternoon with Matt Harvey pitching, but with Marcum leaving the Mets in a six-run hole they just gave Kevin Gregg a save opportunity.

Tomorrow I’ll be at the ballpark in person to watch the Mets try again for a win. Maybe they’ll have better luck, and at least it should be a nice day for baseball.