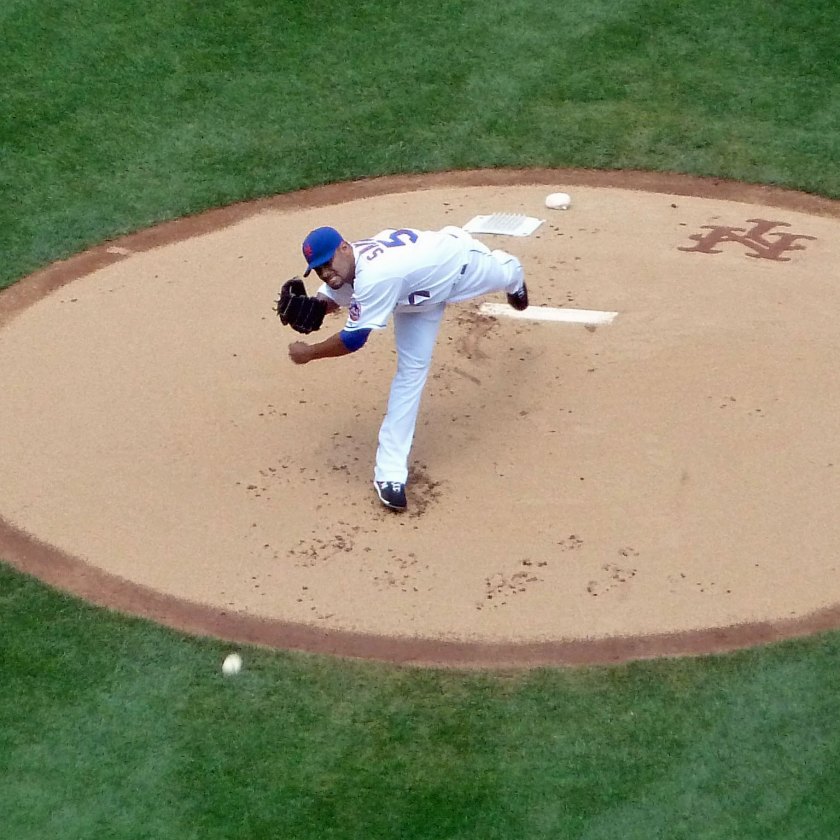 Thanks to MetsBlog linking to me today, I got a bigger range of responses than I expected when I asked “How will Mets fans remember Johan Santana?”

About half of you look at Santana’s Mets career and remember the positives – the no-hitter and the Game #161 start in 2008 being the big ones.

Will in Central NJ wrote: “It is entirely fair that Johan Santana be remembered in a positive light. A plaque in the Mets Hall of Fame is appropriate, in my mind. He threw the first Mets’ no hitter. Period. It would be a paradox for Met fans to have gnashed their teeth for decades because we never had one, and then minimize the deed, and the pitcher, once the deed is accomplished. Injuries happen.”

Brian Berness wrote: “He was a warrior and a great pitcher and you make that trade every day and twice on Sunday.”

A significant number look at Santana and see a huge bust who failed to even come close to living up to his contract.

BringBackDaveTelgheder wrote: “I remember Santana for how good he was when he was healthy and for finally getting us a no-no, but as a whole, he was a massive disappointment. I guess there were warning signs before the Mets traded for him, but he was so fragile he made it to the end of the season….once or twice…it’s hard to live up to a contract like that, but Johan really wasn’t close.”

And a few of you had a more nuanced reaction.

TS41 wrote: “I’d have to say that he should be remembered as a pitcher with huge potential, who gave his all until his body broke down on him. His paycheck not withstanding, he brought hope to a beleaguered fan base but, as all Mets fans know, players bringing hope seldom deliver, whether due to over-hype or the seemingly black cloud of health hovering over the franchise…. Johan was a wonderful addition and unfortunately, a poster boy for how hope in Queens can can soon be quashed. I wish him the best but he’s not much more than a footnote in Flushing.”

I’m going to remember Santana for the no-hitter, of course, and for his three-hit shutout of the Marlins on the last weekend of 2008. (Funny thing – except for the ninth inning of the no-hitter, I didn’t see either of those games as they were happening. I couldn’t watch the 2008 game until December.)

I’ll remember him for throwing a then-career high 125 pitches to beat the Chicago Cubs on Sept. 23, 2008, the final time I saw Shea Stadium.

Unfortunately, I’ll also remember Santana for games like his June 26, 2010 start against the Minnesota Twins, when a loss was all but assured after a four-run fourth inning. And yes, I’ll remember Santana making more money than the Houston Astros this year even though aside from a visit here or there, he was never even around the team after spring training.

Mostly, though, I will remember that I enjoyed watching Johan Santana pitch.