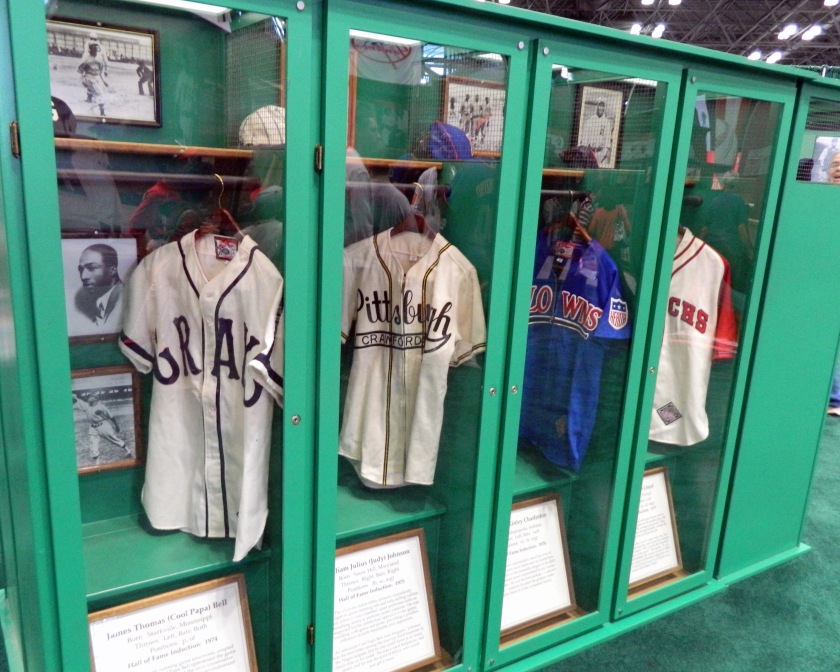 During the final nine days of 2013, I’m going to revisit nine memorable baseball moments from the year.

Dozens of giant apple sculptures appeared throughout Manhattan, challenging baseball fans to find them. (I managed to find and photograph about a third of them.)

Outside of the Baseball Hall of Fame and Museum in Cooperstown, N.Y., I don’t think you could have found a more impressive collection of artifacts from the game’s history. In addition to a traveling exhibit from the Hall of Fame, much of the memorabilia Warren Spahn had collected over the course of his life was on display before hitting the auction block, as were other items in a more general auction. And that was just the beginning.

If you had the patience and desire, you could have waited on line to get autographs from a number of notable figures in New York baseball history. (After spending better than an hour on line with a friend to get Edgardo Alfonzo‘s signature on my ticket, we mostly decided to forego the autograph lines for the rest of the day that we went. I did make an exception and waited on a short line to get signatures from two former players in the All-American Girls Professional Baseball League, which was one of the highlights of my day.)

And there were plenty of interactive exhibits, even though we were a bit too old to play with most of them. I couldn’t resist a chance to have my own All-Star “baseball card,” though – that was my other big highlight of the day.

The actual All-Star Game was too expensive to even consider going in person, but I did attend the All-Star Futures Game that started the three-day festivities at Citi Field. I did not enjoy it as much as I hoped that I would. But the Fan Fest – something I’d been tempted to skip entirely – turned out to be a lot more enjoyable than I expected.