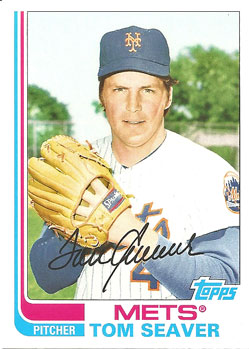 I really don’t “get” the modern incarnation of Topps Archives. The concept started off well.

Topps introduced the “Archives” brand in 1991 when it reprinted its 1953 baseball card set at standard size on modern cardstock with a glossy finish. They followed it up with a reprint of the 1954 set in 1994, and a 1995 reprint set of some classic cards of Brooklyn Dodgers from the team’s final years in New York.

I actually collected and completed the 1991 set and bought a number of packs from the Dodgers set on closeout from Toys ‘R’ Us in the mid-1990s.

Topps brought the brand into the 21st Century in 2001 with a 450-card set featuring reprints of classic rookie and final year cards from various sets. They repeated the concept in 2002 with a smaller, 200-card set focused on players’ “best” years.

That’s where things started to get a bit bizarre – Topps re-created cards from the 1980s overproduction era that were more valuable than the originals because the new ones were more scarce.

There seems to be little rhyme or reason behind the player selection for each year, so in last year’s set we got this bizarre Tom Seaver card, using a relatively early photo of the Hall of Famer as a Met on a 1982 card design even though Seaver actually appeared in the 1982 set as a Cincinnati Reds’ player.

Maybe we can pretend its from an alternate universe where Seaver remained with the Mets for his whole career.