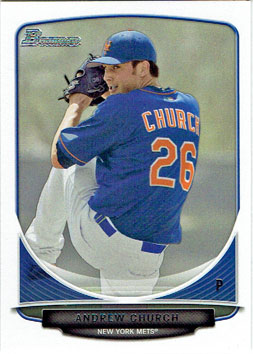 I chuckled over the story of Jayson Werth‘s reaction to his 2014 Topps baseball card, but I think the card company used a pretty cool photo.

Now if Chris Young had a similar response to his Topps baseball card in 2010, he had a much better case.

In 2012, Topps told Yahoo Sports that Skip Schumaker‘s short-printed card focusing on the rally squirrel was the first time in the company’s history that a players card had not featured the player’s face.

I think Young could argue that point.

Can you think of any recent baseball cards with poorer photo choices than this one?

4 thoughts on “Is this the worst baseball card of the decade?”