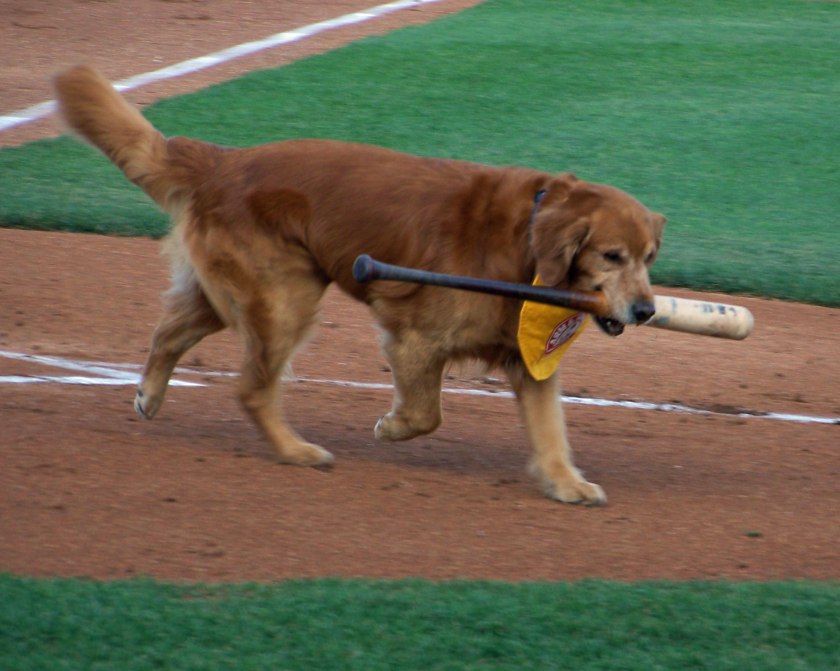 My friend Bart invited me to join him at last night’s game between the Portland Sea Dogs and the Trenton Thunder, which was only the third baseball game I went to in June and my 13th of 2014. (Things have really changed since I managed to go to almost 100 games ranging from independent baseball to the major league level in 2009.)

It was a nice, early summer night though Monday night crowds are always typically small. Trenton’s lineup boasts four of the top 20 prospects in the New York Yankees’ farm system (Gary Sanchez, Mason Williams, Tyler Austin and Peter O’Brien), while the Sea Dogs have best offense (and best record) in the Eastern League.

Luis Diaz, a 22-year-old who signed with the Red Sox as an undrafted amateur free agent in 2008, held the Thunder to just two runs on seven hits over six innings in just his third game at the Double-A level.

Eric Wooten, a 24-year-old who signed with the Yankees as a minor league free agent last summer after being drafted in the 15th round by the Baltimore Orioles in 2011, was better. He combined with two relievers to shut out the Sea Dogs and limit them to just five hits on the night.

Before the game, my friend got autographs from Portland’s third baseman Sean Coyle and outfielder Keury De La Cruz, but he’d already gotten just about everybody on the team during their previous visits. He had an extra copy for me of his photo of Coyle, so I got that signed and added it to my autograph collection.

Once upon a time, I was very much into collecting autographs at baseball games… but it stopped being fun a while ago. For every player who still seems to enjoy signing autographs for fans, there must be at least a dozen who treat it as a necessary evil and even more who just keep walking by. And if the autograph is not a tangible reminder of a pleasant experience, what purpose does it really serve?

I also picked up my 2014 Trenton Thunder baseball card team set at the gift shop, and we all got copies of the New York Yankees June program/scorecard as we entered the ballpark. All in all, it was a nice night.

Here are some more photos: