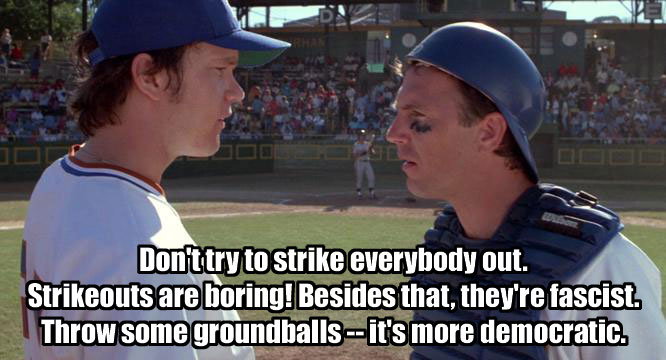 On Friday night, the Mets beat Yu Darvish and the Texas Rangers. I thought the game was very exciting, but I’d certainly understand if people who sat through all four hours and eight minutes of it had a different opinion.

See, I watched the first inning. I saw Shin-Soo Choo hit a lead-off home run and Alex Rios hit Jonathon Niese with a line drive that forced him out of the game. I saw Niese throw a temper tantrum in the Mets’ dugout (and while I admire Niese’s desire to compete, I think Terry Collins, Dan Warthen and Ray Ramirez made the right call. There’s no reason to risk Niese when the team is still 10 games under .500 and 10 games out even after the victory.)

I saw Curtis Granderson hit his first-inning double to ensure Darvish wouldn’t have a chance at a no-hitter, and I saw Bobby Abreu drive him in to erase the Rangers’ early lead. I saw Lucas Duda hit a two-run homer that momentarily confused the umpires… and with the score 3-1 in the Mets’ favor, I left to go watch my town’s 4th of July fireworks. Afterwards, we watched the rebroadcast of the Macy’s fireworks in New York. (At this point, I think I’ve had my fill of fireworks until next July, but I had fun.)

Then I switched over to SNY to find out how the Mets game turned out… and found it tied in the bottom of the eighth inning. So I got to see Travis d’Arnaud drive in what turned out to be the game’s winning run, and I saw Daniel Murphy catch a wind-blown pop-up that might have eluded Ruben Tejada to end the game, shortly before 11:30 p.m.

I have no idea what happened during the middle three hours plus of the game.

Long, drawn out games are nothing new to the Mets. This was the second time this season that they just missed breaking their team record for longest nine-inning game in franchise history. Three and a half hour games seem routine, and while I haven’t checked, I’d bet the Mets have played more four hours games this year than games that were finished in less than three hours.

There are a number of reasons that games have gotten longer over the years, but I think the biggest culprit is the  focus on on-base percentage and taking pitches. There’s evidence to suggest that teams that see more pitches per plate appearance have a tendency to score a few more runs, but their hitters also tend to walk and strike out more often.

Nothing in baseball is less interesting than watching a “rally” like the Mets had on June 14th against San Diego Padres pitcher Jesse Hahn: a hit batter, a walk, a pair of strikeouts, another walk and another strikeout. The Mets loaded the bases and stranded three runners, and there wasn’t a single pitch put in play in fair territory in an inning that probably took about 10 or 15 minutes to play.

I don’t know how we can get back to an era where baseball valued players who made contact and put the ball in play more than guys like Adam Dunn, who always seem to walk, strike out or hit a home run.

I’m not sure we even can, or that anyone else would consider it a good idea.

But I do think most of us would be on board with faster baseball games.