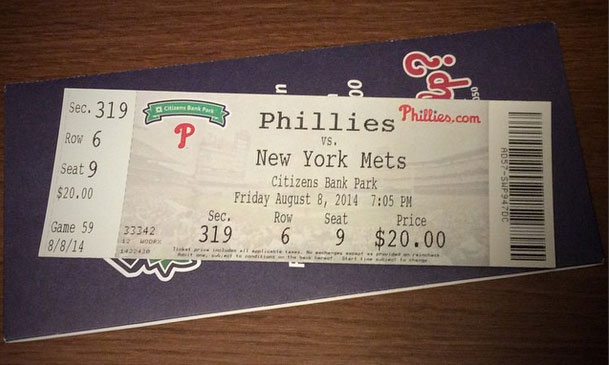 With Bartolo Colon set to try for career victory #201 later today, I thought it was a good time to show off the ticket from his milestone 200th victory that my friend Fred sent me last week.

A friend sent me a game ticket from Bartolo Colon's 200th win. #Mets

Colon has been one of my favorite players on the Mets this year (except when he’s been driving me crazy.)

I love that a 41-year-old man who has never really looked like anyone’s idea of a professional athlete can successfully compete in Major League Baseball. (Except on those rare days where Colon looks like he showed up to pitch for Home Run Derby.)

Colon’s at-bats are some of the most entertaining television on SNY (except when there are runners on base and he doesn’t even come close to getting a bunt down.)

Even so, I wouldn’t object if Sandy Alderson decided to trade Colon to a contender this week.