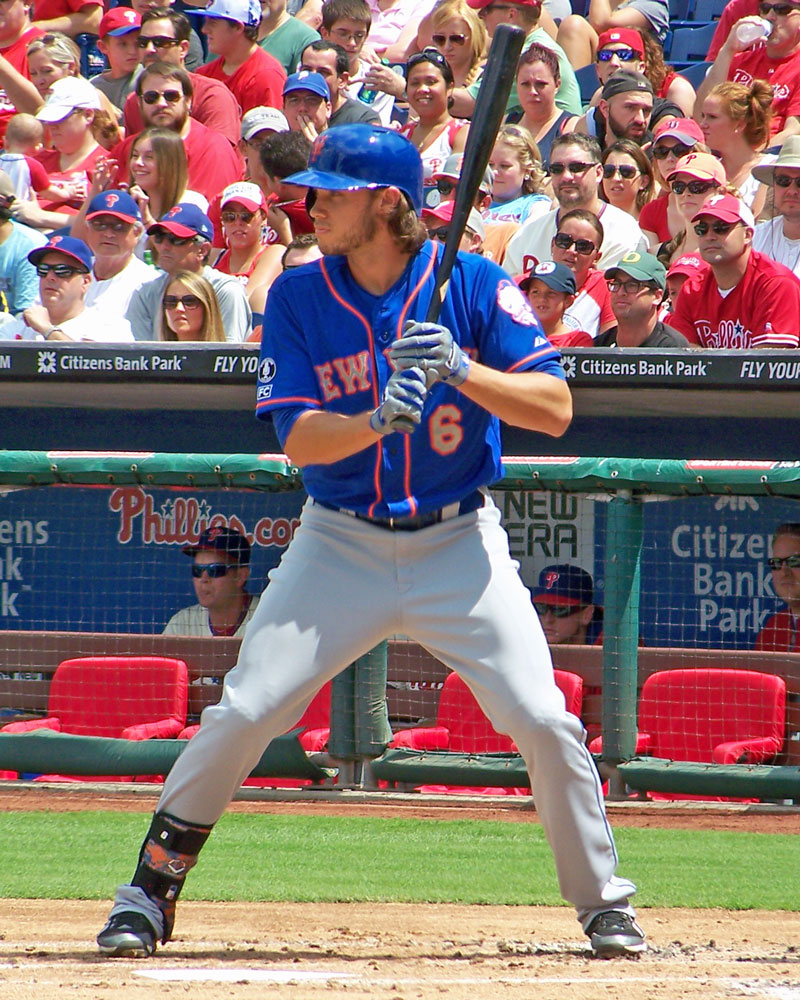 Over the past few years, I’ve learned to mostly ignore what Mets GM Sandy Alderson has to say. It usually isn’t worth the time it takes to parse the doublespeak.

In an interview with Press & Sun-Bulletin Binghamton Mets beat reporter Lynn Worthy this week, Alderson made an unusually clear statement on his priorities for this off-season.

“If you look at shortstop, (Wilmer) Flores has actually done a very nice job for us at shortstop. (Matt) Reynolds has played well at short, both here and at Triple-A. (Matt) Den Dekker had an excellent season at Triple-A. So we’ve got to assess what we have before we start going out and canvasing the free-agent market. Free-agents aren’t always the solution.”

Wilmer Flores has only “done a very nice job” compared to Ruben Tejada and the worst-case predictions about his own ability to play the position, but whatever.

Some are already choosing to read Alderson’s statement as proof that the Mets will not spend money to improve the team this winter. Considering the team’s recent history, it’s hard to find fault with that line of thinking.

But let’s put that aside for the moment too.

If Mike Aviles, Clint Barmes, Stephen Drew, Rafael Furcal, John McDonald and Nick Punto play in 2015, they are likely to be part-time players. Let’s leave them out of the discussion.

Ramirez and Hardy were never on my radar, as both seemed likely to be out of the Mets’ price range even if we do assume a moderate increase in payroll. Neither Cabrera nor Lowrie are having particularly great years, though both represent an upgrade from what the Mets have gotten out of the shortstop position this year. Having someone close to a league-average hitter at shortstop would help, but neither of those players could be the centerpiece of an off-season plan I would be happy with.

Yasmani Thomas, a Cuban defector, is potentially interesting. However, some believe he could get as much money as Jose Abreu and Yasiel Puig even though he doesn’t profile as a player who is at their skill level. Michael Cuddyer (36) and Nick Markakis (31 with a $17.5MM mutual option with a $2MM buyout) are potentially available right fielders who could help the Mets’ lineup, but I have a hard time imagining either would choose to come to Queens.

And even if Alderson is ready to make another foray into the free-agent market this winter, there’s little advantage to signalling it now. His best bet is to do exactly what he’s doing – talk up the Mets’ prospects and explore all options.

Staying away from over-priced free agents doesn’t mean that Alderson will be inactive on the trade front, either.

That said, I think the Mets’ Opening Day 2015 lineup will be similar to the one the team is running out there in September – and that would not make me happy. I hope they’ll surprise me.