I’d almost forgotten that baseball’s playoffs aren’t over yet. Tonight, the Wild Card World Series finally gets underway and we can find out if the Kansas City Royals will claim their first trophy in 29 years or if the San Francisco Giants will get their third in the last five.

Yep, I know who I’m going to be rooting for.

(I really thought this song’s 15 minutes of fame was over, but thanks for bringing it back, Bay area radio stations.)

The Kansas City Royals have been baseball’s Cinderella story this month and they haven’t lost a game in the playoffs.

I have the sinking feeling that’s going to change this week, but I hope not… no one other than a Giants fan is going to get excited about watching them win again.

To celebrate the start of the World Series, here’s a look at all of the 2014 Kansas City Royals and San Francisco Giants baseball cards that I own. 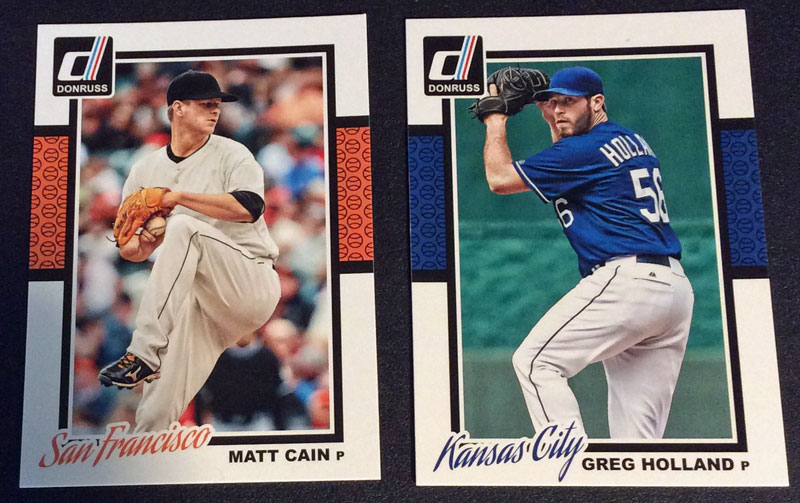 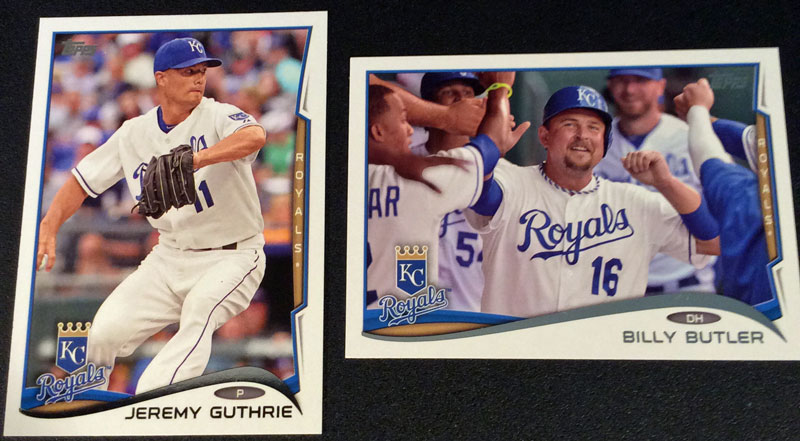 2 thoughts on “World Series starts tonight – who are you rooting for?”