Yesterday we looked at the Mets cards in the 2014 Topps Update base set. Today it’s time to focus on the inserts.

All-Star Stitches is my favorite long-standing insert found in Topps Update because it’s the last relic card that actually makes any kind of claim about what game or event that the relic it contains is from. The Mets had one All-Star representative this year, and it was Daniel Murphy. There are versions of his card with red and blue jersey material swatches… since they were relatively inexpensive, I picked up one of each. 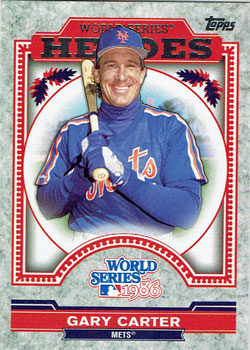 Finally, the diecut mini cards inspired by the 1989 Topps design that appeared in Topps Series 1 and 2 continue in Topps Update. Two Mets are present: David Cone and David Wright. I’ve seen enough 1989 Topps cards to completely wallpaper a small house, but the design itself pleasant enough… Wright’s card could well be my favorite of the year.