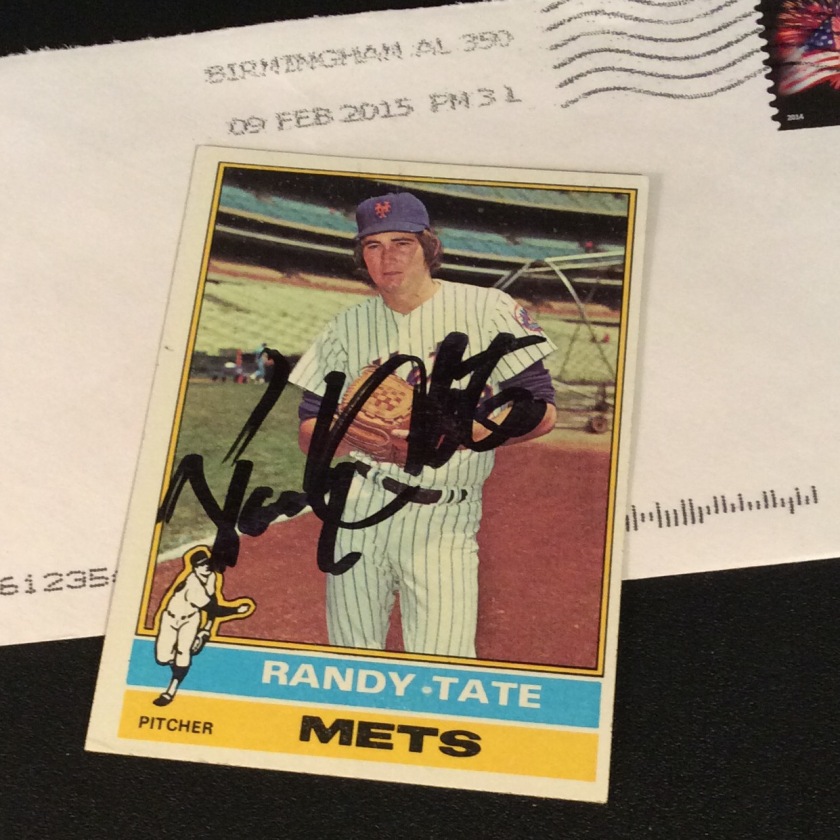 I only got one autograph last week, but if my count is accurate it was my 899th signed baseball card for my All-Time Mets project.

Randy Tate was drafted out of Calhoun Community College (Decatur, Ala.) in 1972 by the New York Mets with their fifth round pick. He signed as a 19-year-old and went 0-9 with a 6.00 ERA for the Rookie League Marion Mets in his first year as a pro.

He spent all of 1973 and most of 1974 at the Single-A level, where he put up unspectacular numbers. In 1975, Tate opened the year with the New York Mets despite pitching just two games at the Triple-A level. (Maybe someone with a longer memory than I have can explain why the Mets opted to put an inexperienced 22-year-old in their starting rotation.)

Tate did not have a particularly good rookie year, but he started 23 games and pitched 137.2 innings while compiling a 5-13 record with a 4.45 ERA and 99 strikeouts. He did take a no-hitter into the eighth inning against the Montreal Expos, but although he struck out a career-high 13 batters he managed to get tagged with the loss.

Tate continued to pitch in the minor leagues through the 1978 season, but never returned to the majors after 1975.