I thought the enduring image of the 2015 MLB non-waiver trade deadline was going to be Wilmer Flores in tears, but instead I’ll remember his smile as Steve Gelbs interviewed him moments after he hit a 12th inning walk-off home run to beat the Washington Nationals on Friday night.

This week has been unbelievable. Seriously… if the events of the last three days were written into a movie script, you’d just laugh at the ridiculousness of it all.

Wednesday night, cameras caught Flores crying as he went out to his position at in the eighth inning after he received a larger than usual amount of applause during his seventh inning at-bat from a crowd who thought he was about to be traded to the Milwaukee Brewers as part of a deal for outfielder Carlos Gomez.

The Mets got cold feet, ostensibly over Gomez’s medical records, but the Houston Astros had no problems trading for the former All-Star one day later. The rumor mill then shifted to speculation that the Mets were trying to acquire Cincinnati Reds outfielder Jay Bruce, but it turned out that potential deal never got very far. Instead, just before Friday’s 4 p.m. trade deadline, the Mets shipped a pair of minor league pitchers out to the Detroit Tigers for Yoenis Cespedes.

And I’ll be honest… after all of the false starts, I’m not going to 100% believe that Cespedes is really joining the team until I see him in a Mets uniform. But I have to admit that it’s exciting to have a star power hitter joining the Mets lineup… even if it is just for a couple  months.

I was sitting three rows behind the Cyclones dugout at MCU Park in Coney Island with my friend Vinny on Wednesday night, and the folks around us were splitting their focus between the game going on in front of them and the happenings in Queens. The Cyclones took an early lead, but there was concern about Bartolo Colon‘s poor start. One guy spent the rest of the game proposing trade packages to get rid of Colon, Jonathon Niese and Dillon Gee… the latter because he might return from Las Vegas at some point.

When Joel Sherman and Ken Rosenthal broke the news, the speculation quickly shifted to “who did the Mets give up?” Then “did the Mets give up too much?” But almost everyone was excited that the Mets were going for it when they have a chance to make their first real postseason run since 2008.

Until Jeff Diehl hit his fourth home run of the season in the eighth inning, we’d all but forgotten about the Cyclones game we were watching.

By the time Alex Palsha nailed down his eighth save and we were leaving MCU Park, it was becoming clear that something weird was happening. Flores was still in the game, even though every team tends to err on the safe side and pull any player who could be part of a pending deal that’s about to go through.

As fans, we tend to talk about trades as though we’re swapping baseball cards. It’s all too easy to forget that baseball players are people with lives and families that can get uprooted at a moment’s notice. Flores, a 23-year-old who has been part of the Mets organization since he was 16, reminded us of Major League Baseball’s human side. Friday night, the Citi Field crowd embraced Flores and cheered for him at every opportunity – it was an amazing thing to see, especially considering how many fans were ready to run him out of town for any shortstop who wasn’t Ruben Tejada. 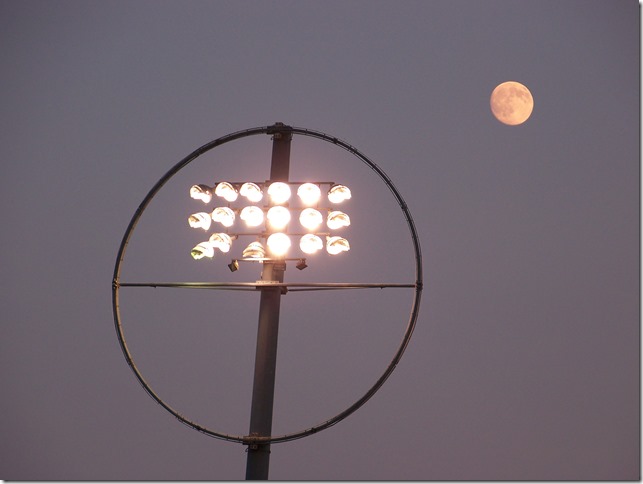 While we were heading home on subway, the trade was already falling apart. By the time I was back at Penn Station, my friend Kristi was texting me quotes from Sandy Alderson‘s press conference. The trade “has not and will not transpire,” the Mets general manager said.

Twitter was filled with speculation about why the trade fell through and how the rumors spread so far if they lacked any basis in fact. We wouldn’t get any real answers until the next morning, and I doubt we’ll ever have the whole truth.

But on Friday night, it was a good thing that Wilmer Flores is still a Met. And on Saturday, Yoenis Cespedes should make his Mets debut.

These are exciting times, Mets fans.