We’ve got one more day before the World Series starts, and I got a package of Mets baseball cards from Twitch today.

So let’s take a look at some of the baseball cards of our 2015 National League Champions. 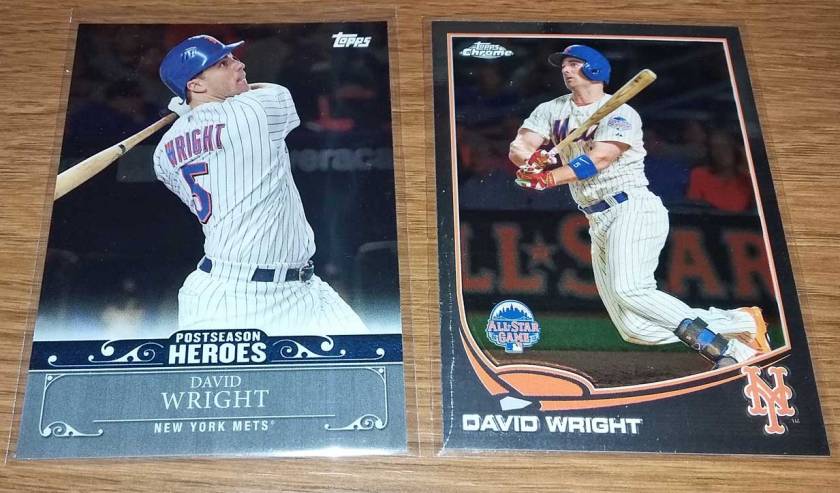 We start off with a pair of shiny Captain David Wrights… the card on the left commemorates Wright’s performance in 2006… I hope there will be some more to celebrate this week.

Our very own drama king and Dark Knight, Matt Harvey. The card on the right shows that Panini can make a decent looking baseball card when they don’t have to digitally recolor uniforms and remove logos. 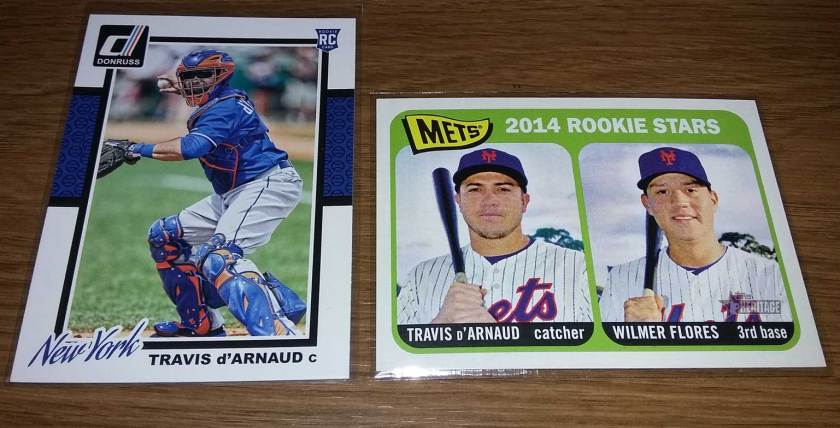 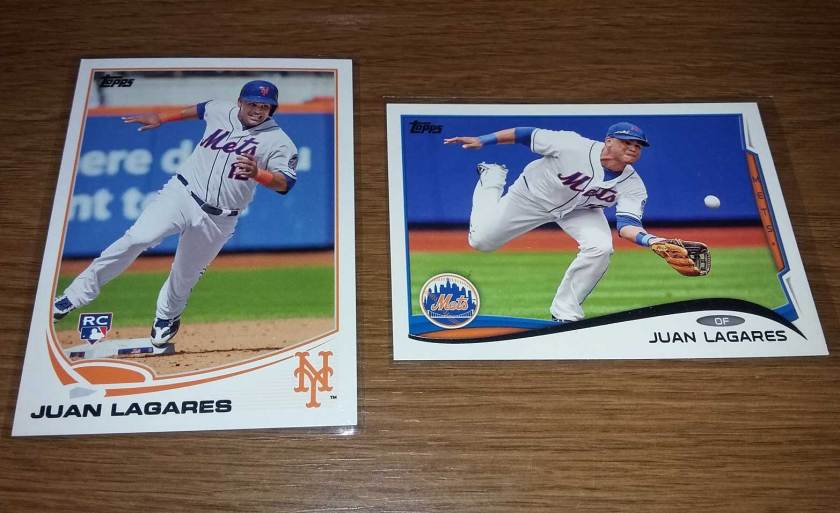 It makes me sad that Juan Lagares has been reduced to a late-inning defensive replacement, but it’s really hard to justify additional playing time for him. 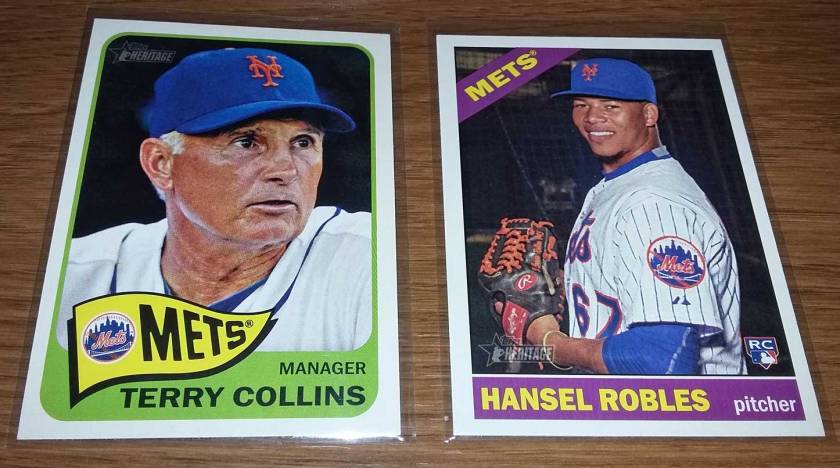 If the Mets win it all, I wonder if Terry Collins will bring out the champagne and celebrate with the fans again. 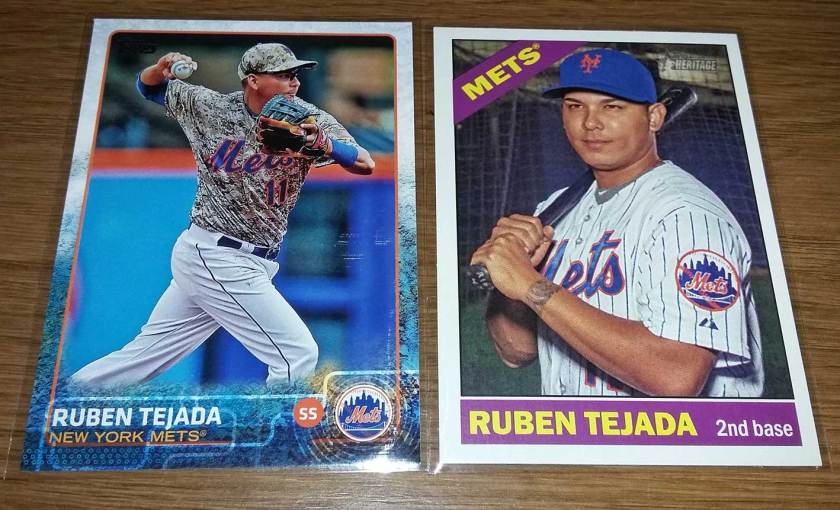 Here’s hoping Ruben Tejada suffers no long-term ill effects from the broken leg he got in the NLDS courtesy of Chase Utley.

(I very much need to clean up my desk and organize and put away all of the baseball cards that are sitting there. When I do, I’ll have some more Mets team sets to show off thanks to Stubby and various eBay purchases, as well as some minor league team sets.)