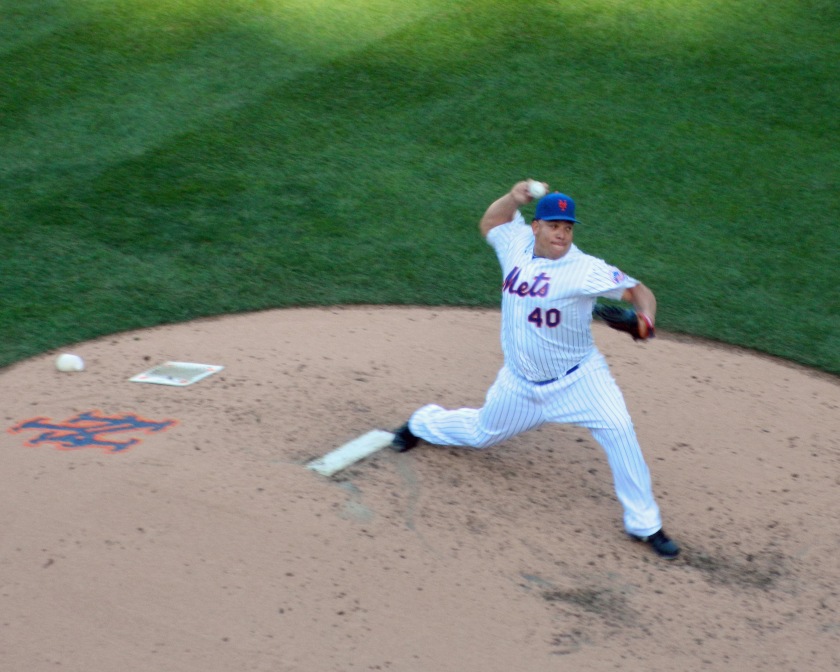 The New York Mets have reportedly reached an agreement with Bartolo Colon on a one-year contract worth $7.25 million.

Colon, who will turn 43 next season, replaces Jonathon Niese in the rotation at the start of the season. When Zack Wheeler is ready to return from Tommy John surgery, Colon will likely move to the bullpen.

In the meantime, we’ll get to enjoy more highlight reel-worthy at-bats and fielding plays…and I’ll get to spend another year watching at least one Mets player who is older than me.

Earlier this week, the Mets re-signed lefty specialist reliever Jerry Blevins to a one year contract reportedly worth $4 million.

That Blevins was able to get a $4 million major league contract after pitching to just 15 batters in 2015 surely says something about the market for relief pitching and the amount of money generated by Major League Baseball.

Here’s hoping that Blevins went through all of his bad luck last season and that this contract is a sign that his fortunes have turned around.

For those of us who were wondering how the Mets would spend the money they saved when Michael Cuddyer retired, I guess we have our answer. Let’s see if they continue to look for a centerfield upgrade along with someone to filly Cuddyer’s spot on the bench.