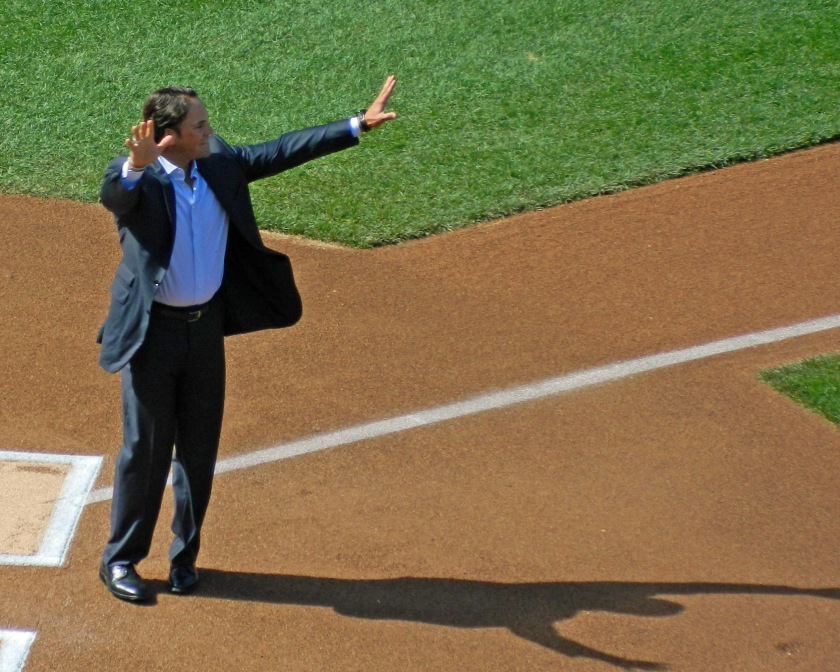 Last night, the Baseball Hall of Fame announced that Ken Griffey Jr. and Mike Piazza would be inducted this summer as the Class of 2016.

Griffey set a new record, appearing on 437 of the 440 ballots cast. (The old record was held by Tom Seaver – our first Mets representative in Cooperstown – who received 98.84 percent of the vote in 1992.)

It took four years, but Piazza finally crossed the 75 percent threshold in this year’s election. And while I can’t figure out how a man who’s been retired from baseball since 2007 managed to do anything that “made him a Hall of Famer” since the last election, I’d rather celebrate the voters getting something right.

Piazza is finally being recognized as one of the best catchers in baseball history. While the Mets have not had many great everyday players in their history, they’ve had some of the best catchers: Piazza, Gary Carter… even Yogi Berra for a four game cameo at the end of his storied playing career.

Piazza  will join Seaver as the second Hall of Famer with a Mets cap on his plaque. There are currently 18 people with Cooperstown plaques who wore a Mets uniform as a player, manager or coach, but most only made a brief appearance in Queens towards the end of their careers (or in a couple of cases, at the beginning before they reached the level of greatness for which they were honored.)

Five other former Mets appeared on this year’s ballot. Jeff Kent was the next-highest vote getter, with 16.6 percent, a 2.6 percent improvement over his 2015 numbers. Gary Sheffield‘s vote percentage fell 0.1 percent to 11.6 percent. Billy Wagner received 10.5 percent of the vote in his first year of eligibility. Luis Castillo and Mike Hampton failed to receive any votes during their first and only year on the ballot.

(Former Newark Bears manager Tim Raines saw his vote total improve slightly – from 302 to 307 – but the smaller voting pool meant that his percentage improved from 55.0 to 69.8. He’ll get one more chance in 2017 before his 10 years of eligibility are up.)

This would be a fun summer to visit Cooperstown for the induction ceremony, but I’m afraid that’s not in the cards for me. Hopefully sooner or later I will at least be able to make the trip and see Piazza’s plaque.