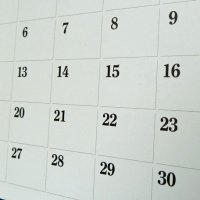 We’re still a few weeks away from the start of spring training, but there are a bunch of things that baseball fans can do this weekend to help forget that the calendar says it’s still winter.

The stars of that team – Doc Gooden, Darryl Strawberry and Keith Hernandez – will be there, of course. But what makes this special is that many of the lesser-known members of the team will also be there. So if you need people like Tim Corcoran and John Mitchell to finish off a team-signed item, this weekend is your chance to get it done. Autograph fees start at $20 per signature.

For tickets and more information, call 800-242-7139 or visit the Steiner Sports website.

New Hall of Famer Mike Piazza is the headline guest at MAB Celebrity Services’ Baseballpalooza autograph show on Saturday. If you’ve got $238 to spare, you can be among the first to get Piazza’s autograph with a “HOF 2016” inscription.

Four other Hall of Famers will be attending the two-day show at the the DoubleTree by Hilton Hotel Fort Lee-George Washington Bridge: Dave Winfield will join Piazza as a guest on Saturday, while Reggie Jackson, Phil Niekro and Wade Boggs will be appearing on Sunday. (Autograph fees range from $35 for Niekro to $89 for Jackson.)

The Somerset Patriots will be holding a winter clothing drive to help The Salvation Army of New Brunswick on Saturday from 10 a.m. – noon at the team store at TD Bank Ballpark in Bridgewater. Bring your donations of coats, sweatshirts, gloves, hats, scarves and sweaters to help people who really need them this winter.

Fans will be able to meet and take photos with team mascot Sparkee and get autographs from Somerset Patriots’ infielder Scott Kelly. There will also be discounts on winter clothing in the store.

The Casey Stengel Chapter of the Society for American Baseball Research will hold their annual meeting that is open to the public on the sixth floor of the New York Public Library, 455 Fifth Avenue (at 40th Street) from 10 a.m. – 3 p.m.  There is a $30 cost to attend. The morning program will be dedicated to commemorating the life and career of Yogi Berra, while the afternoon portion will focus on celebrating the 30th anniversary of the 1986 Mets.

For more information, check out the event program that the chapter has shared online.

Finally, something to look forward to next week. On Wednesday, the first series of Topps’ 2016 baseball card set will hit hobby shops. (Retail release dates tend to vary a bit… you could find the cards at your Target and WalMart locations this weekend, or you could still be waiting for them to turn up next weekend.)

Visit The Cardboard Connection for set information and a preliminary checklist.