Forget about the groundhog’s predictions… 2016 baseball cards have arrived, and that means baseball can’t be too far behind.

I’m not too thrilled with Topps’ marketing choice this year (outside of Washington Nationals fans and Topps executives, does anyone actually like Bryce Harper?) but we’ll be pitching those wrappers, so I guess it’s all good.

My first baseball card of the season? 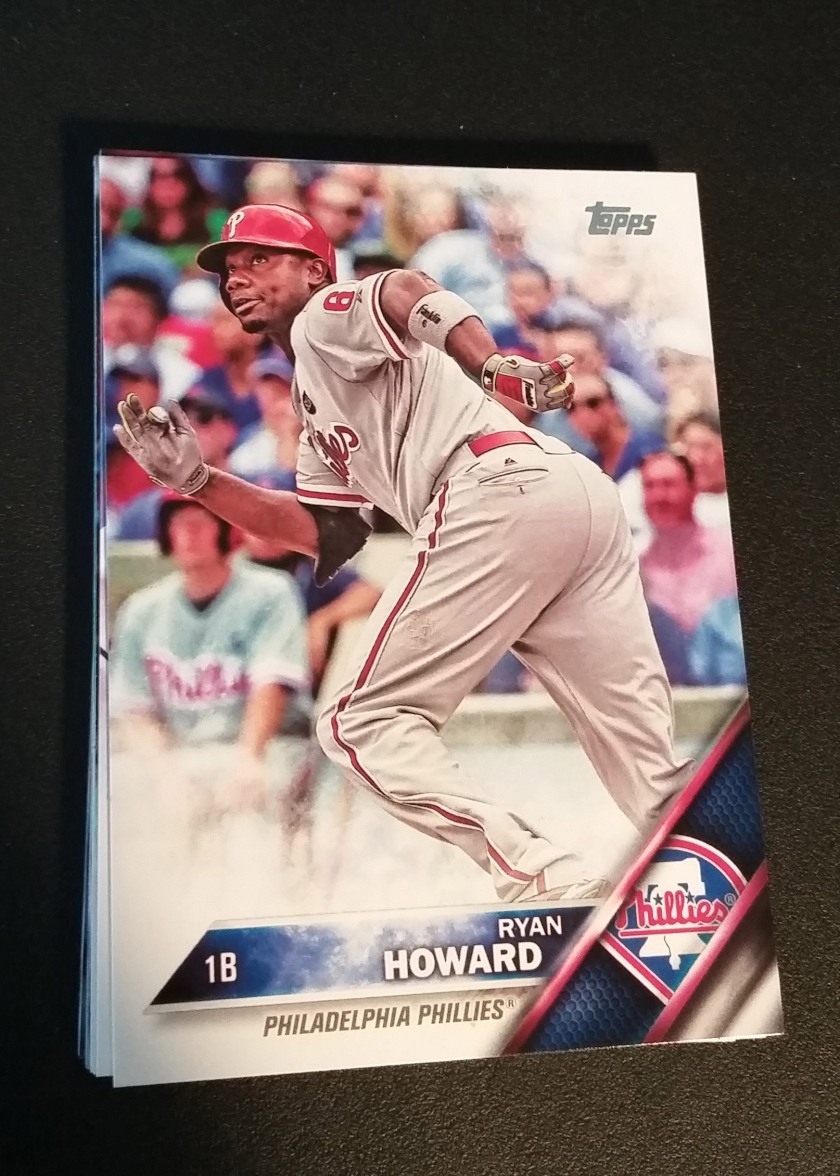 Hey, at least it was Ryan Howard and not Chase Utley….

I did get a Mets baseball card, sort of…

Topps included a cute story about how Jonathon Niese watched the birth of his child on FaceTime last year on the back of his baseball card. They left out the fact that Niese only managed to pitch three innings and really should have been excused from the outing since his mind (understandably) seemed to be on other things.

Here’s my first 2016 baseball card that I actually like (never mind that the guy pictured retired when Bryce Harper was one year old.)

The Target-exclusive Amazing Milestones inserts are not the most exciting design, but the color photo on black & white background decision saves it from being too boring. And I like Nolan Ryan, so there’s that. This is probably the only card from the pack that I will worry about keeping.

And I think I will shop around on eBay for a 2016 Topps Series One Mets team set from one of the casebreakers. It’s just not cost-effective to get the handful of baseball cards I want in any other way.

According to the checklist posted by The Cardboard Connection, here’s what we’re looking for:

There are also a yet-undetermined number of photo variations in Topps Series One. So far, The Cardboard Connection has documented a photo variation for Michael Conforto.

I’m not terribly interested in most of the inserts this year. There’s a hobby-only No-Hitter Pin card for Johan Santana that would probably be cool to have, but I don’t expect it to be in my price range.

Postseason Performance Autographs (only 50 copies of each card exist)

Postseason Performance Autograph Relics (Hobby only; only 50 copies of each card exist)

There’s a 10-card “Pressed into Service” insert set that focuses on position players who have been called on to pitch. No Mets are included, but I was really excited about it anyway… until I heard that some of the players are not pictured pitching. You really have to line up your photos before you set your checklist for something like this, don’t you?