We’re three weeks away from baseball games that count, so I thought I’d check in with an update on how my spring training autograph requests are faring.

I ended up sending out only 10 letters from the 20 that I’d originally planned. I couldn’t find suitable cards to send to the three coaches and one player, remembered that the Braves don’t get USPS mail during spring training, and decided to save the players who reported directly to minor league camp for the regular season rather than trying to figure out the logistics of writing to them now.

So far, I’ve gotten four of the 10 back. My biggest success to date is new Mets’ second baseman Neil Walker, who sent back a card signed (with his new uniform number) in just over two weeks. 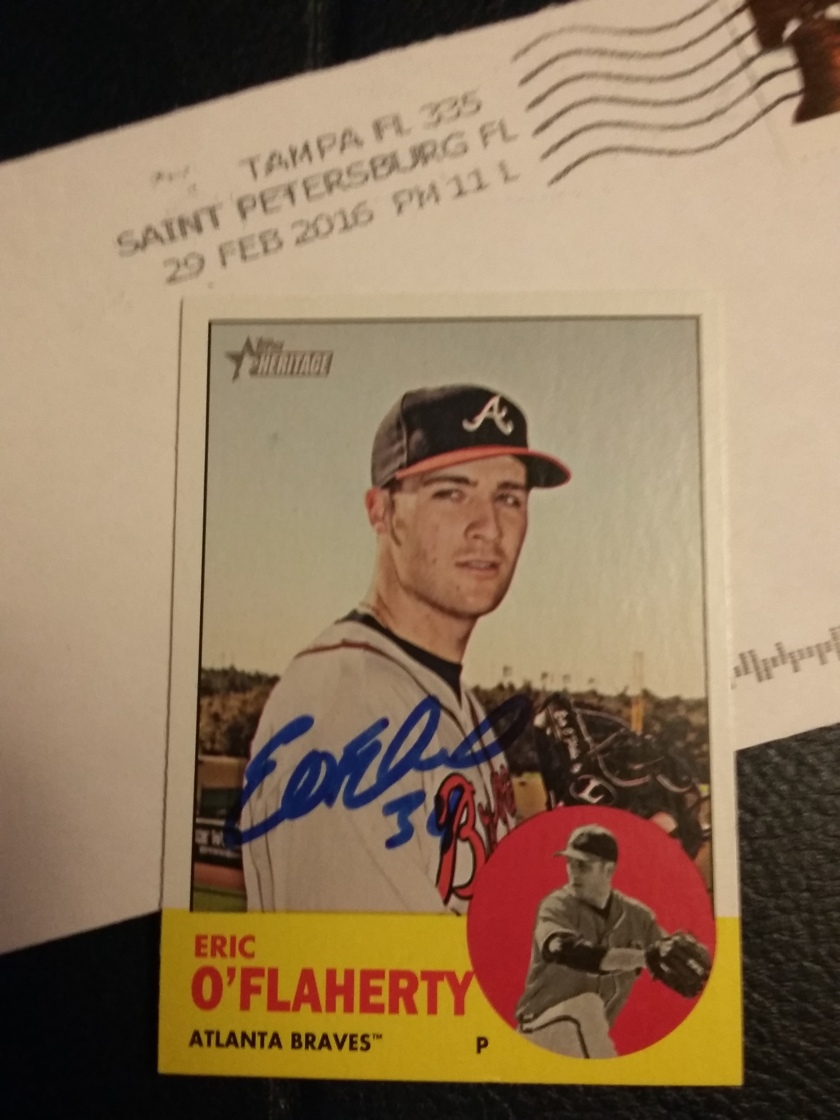 My first autograph of the spring came from former Mets (and Atlanta Braves) reliever Eric O’Flaherty, who is trying to win a major league job with the Pittsburgh Pirates. He provided the 919th autographed baseball card for my Mets’ collection. (Walker’s autograph won’t count until he appears in his first game for the Mets.)

I also tried a few prospects off of MLB’s Top 100 list. Lewis Brinson is an outfielder in the Texas Rangers’ system who is ranked number 16 on MLB.com’s list. He’s likely a year away from making an impact, but he could develop into a star center fielder with 30-30 potential. (If he misses that mark, he’s likely to be a fourth or fifth outfielder at the major league level… it all depends how well he develops his pitch recognition skills.)

Finally, I got Jose Berrios, a right-handed pitcher in the Minnesota Twins’ organization. Berrios, ranked at number 19 on MLB.com’s list, projects as a potential front-line starter who could win 20 games. There was some expectation that he could make his MLB debut last season, so we’ll probably see Berrios at some point this year.