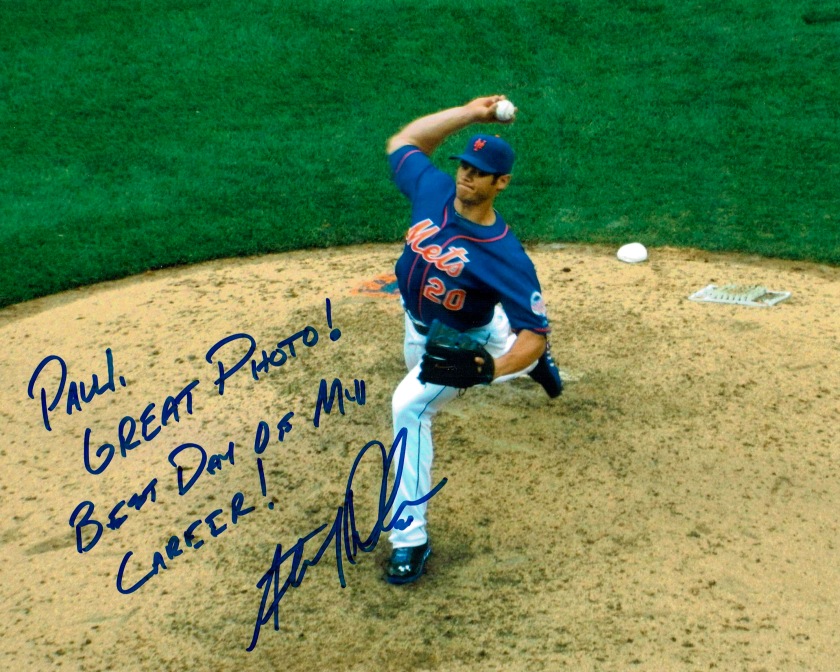 It’s been about a week and a half since I announced my intention to stop updating this blog… and the reasons for doing that really haven’t changed. But I got something in the mail this weekend that I did want to share and acknowledge.

Back in 2013, I attended Zack Wheeler‘s first start at Citi Field along with 33 thousand other Mets fans who were there to see his home debut and/or try to get the David Wright bobblehead giveaway.

Mission accomplished on the bobblehead front, I might have had a better afternoon if I’d made an early exit from Citi Field. Wheeler got rocked, and Brandon Lyon (remember him?) threw gasoline on the fire. Heading to the ninth inning, the Mets trailed 11-0.

But I’m glad I stuck it out for the whole game. Instead of summoning another reliever, Terry Collins called on backup catcher Anthony Recker to face the Washington Nationals in the game’s final inning.

There were far less than 33 thousand people still in the ballpark at that point, and I was one of the few Mets fans on hand who bothered to take any photos of Recker’s pitching debut. I posted them online after I got home, because it really was the only highlight of a disappointing game.

Mets fan and autograph collector Lee Harmon contacted me to obtain my original image files so he could use one of them for a custom baseball card to get signed. At the end of the season, Lee sent me an autographed copy for my own collection. Since Recker never appeared as a Met on an official widely-released baseball card, Lee’s creation has a permanent spot in my binder.

Earlier this month, Lee got to see Recker when the Columbus Clippers played the Indianapolis Indians. According to the note he sent me, Recker liked the photo and was thrilled to keep a copy.

The one Recker signed for me instantly became one of my favorite pieces in my collection.

Thank you, Lee, and thank you Anthony Recker.

Signing off one more time,

One thought on “An encore”