I’m whittling away the list of current and former Mets players who are not represented in my autographed baseball card collection. Recent additions to my collection have brought it down to 99.

To play to baseball’s fetish for filling bullpens with left-handed specialists, Mets GM Sandy Alderson traded outfield prospect Matt den Dekker to the Washington Nationals at the end of spring training in 2015 to get Jerry Blevins. He pitched just five innings in the major leagues that year, thanks to suffering a broken bone in his seventh appearance of the the season and then re-fracturing it when he slipped and fell in August. He was effective last season, but seemed miscast – given the opportunity, Blevins was generally effective against right-handed hitters as well as lefties. Time will tell how Terry Collins chooses to use Blevins in 2017. I purchased this rookie signature card for $2.15 from COMC.com. 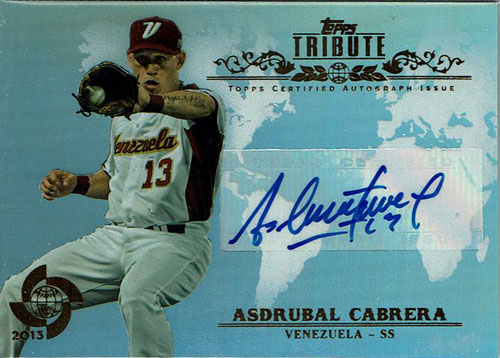 The Mets signed Asdrubal Cabrera as a free agent in December 2015. A two-time All-Star with the Cleveland Indians, Cabrera was a solidifying presence in a Mets infield that went through many changes throughout the season. I purchased this World Baseball Classic autograph for $4.75 from COMC.com

Cliff Cook was an outfielder, third baseman and first baseman for a pair of awful Mets teams at the beginning of franchise history. The Mets acquired him and left-handed Bob Miller in a trade for Don Zimmer.  Cook hit .188 with four home runs in 218 at-bats over two seasons. He signed my baseball card for donation of $5 sent to his home in Fort Worth, Texas. It took 17 days.

Seth Lugo was barely a part of the Mets’ plans at the start of last season, but without his eight starts and nine relief appearances, it’s unlikely they would have made the playoffs. Lugo is currently in a three-way battle to win the fifth spot in the starting rotation. He pitched two scoreless innings today in the Mets’ Grapefruit League opener. Lugo signed my card, mailed to the Mets’ spring training address, in 10 days.

Lou Thornton was an outfielder gifted with speed who never seemed to get a real shot. With the Mets, Thornton was mostly a pinch runner or defensive substitution. After his career had reached an apparent end in 1990, Thornton tried for one last hurrah as one of the “replacement players” that Major League Baseball owners planned to use to start the 1995 season as the result of a labor impasse. He signed my card, mailed to his home in Alabama, in 20 days.