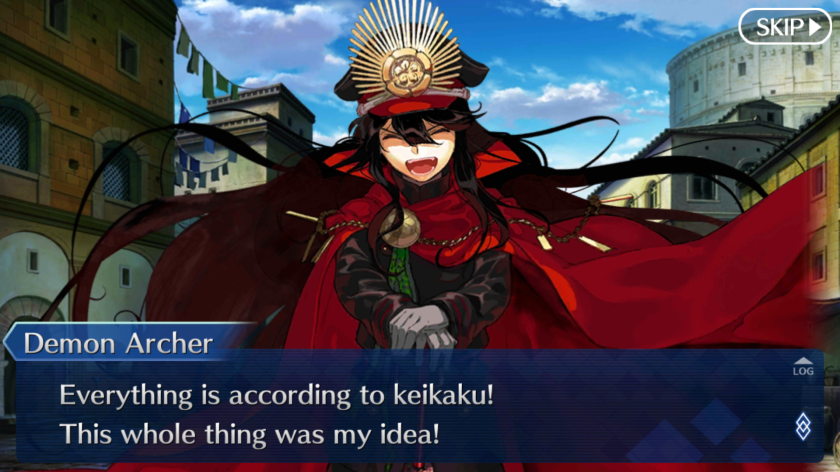 Fate/Grand Order is a mobile phone game based in the universe created by TYPE-MOON’s Fate/Stay Night visual novel more than a decade ago.

In the game, you are an inexperienced mage recruited to help stop the destruction of the world. You do this by summoning servants – heroic spirits summoned into one of seven classes to do battle at their master’s behest. I’m not going to try to figure out how much time I’ve spend playing it since it was released in English this summer – I’d really rather not know.

My normal team includes Altria (King Arthur Pendragon re-imagined as a young woman), Irish mythological hero Cú Chulainn, and a couple other characters who are original to the Fate universe.

This month, the game has been running an event called Gudaguda Honnouji, based around an obscure gag manga that was originally published online before the game was released.

Honestly, I thought it was going to suck since many of the manga’s jokes just sailed right past me or just weren’t  funny in the first place. But I’ve gotta compliment the Fate/Grand Order localization staff – they made Gudaguda Honnouji work, even if you’re not very familiar with the Japanese historical references that are a big part of the event storyline.

They poked fun at common tropes of the Fate universe, like the series’ tendency to genderbend historical and legendary characters. They broke the fourth wall and teased us about the Christmas event we’re looking forward to (though I hope Christmas Mephisto is never, ever a thing….) 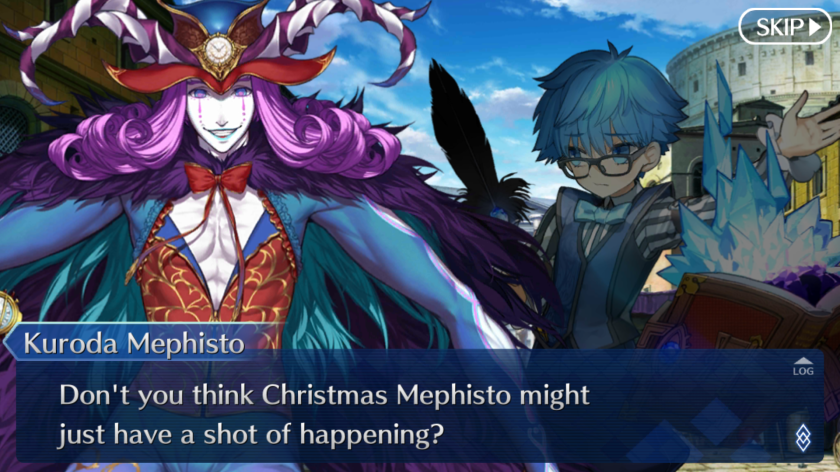 They brought in old fansub memes.

In short, it was fun.

Gudaguda Honnouji introduced two new servants to Fate/Grand Order: Oda Nobunaga and Okita Souji, both very loosely based on Japanese historical figures. Everyone had a chance to get Nobu just by playing through the event. Okita had to be summoned from event pool, and the odds were very much against doing that.

I wasn’t able to pull Okita, though I didn’t do all that badly. I used 54 Saint Quartz (the game’s summoning currency) and two or three summoning tickets. I got two more copies of Emiya Shirou and another copy of Lancelot, which let me make two of my better servants a little bit stronger, and I got a couple of craft essence cards that made playing the event a little bit easier.

With a couple of days to go, I’m less than 100,000 Honnouji Points away from clearing the event rewards ladder, and I’ve gotten most of the items from the event shop that I really wanted. That let me fully ascend Cú Chulainn, Medusa, Ushiwakamaru, Hans Christian Anderson and Oda Nobunaga, as well as ascending Atalante, Medea, Lancelot, Julius Ceasar and Cursed Arm Hassan at least one stage. And I probably have time to get materials for one or two more servants before the event ends.

Now the real trick is to start collecting experience cards to level up my servants to their newly raised caps before the next event comes along.