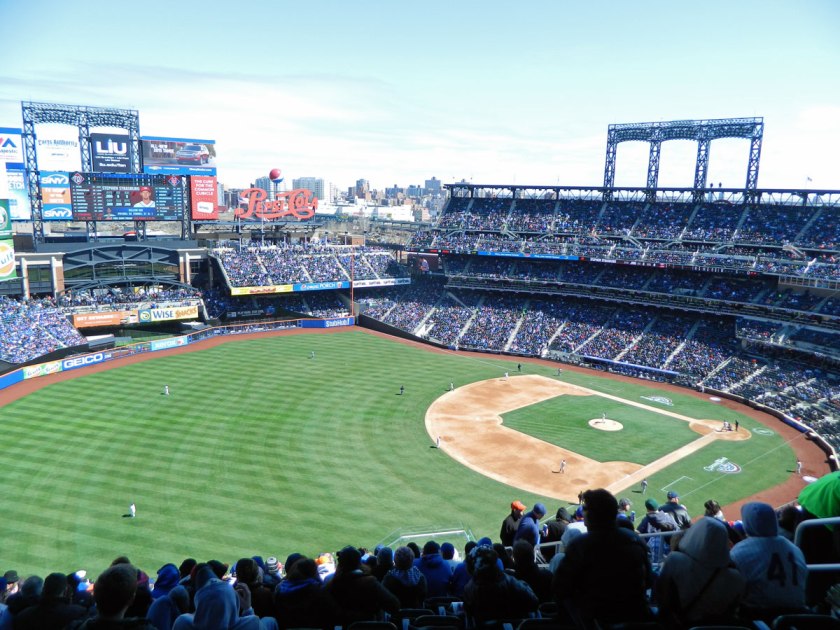 I saw  36 regular season and one playoff baseball games this year, something that’s probably only of interest to me. I’d like to thank my friends Greg, Vinny, Kristi, Fred, Bart and everyone else that made it possible for me to see so much baseball this year.

Of the home teams I saw more than once, the Somerset Patriots are the only one that had a winning record in the games I attended. (I was surprised at how well the Mets did when I went back to check my scorecards – I remembered the losses better than the wins, I think.)

END_OF_DOCUMENT_TOKEN_TO_BE_REPLACED

I’d hoped to get this up yesterday, but Sunday’s thunderstorms knocked out my home internet connection again. 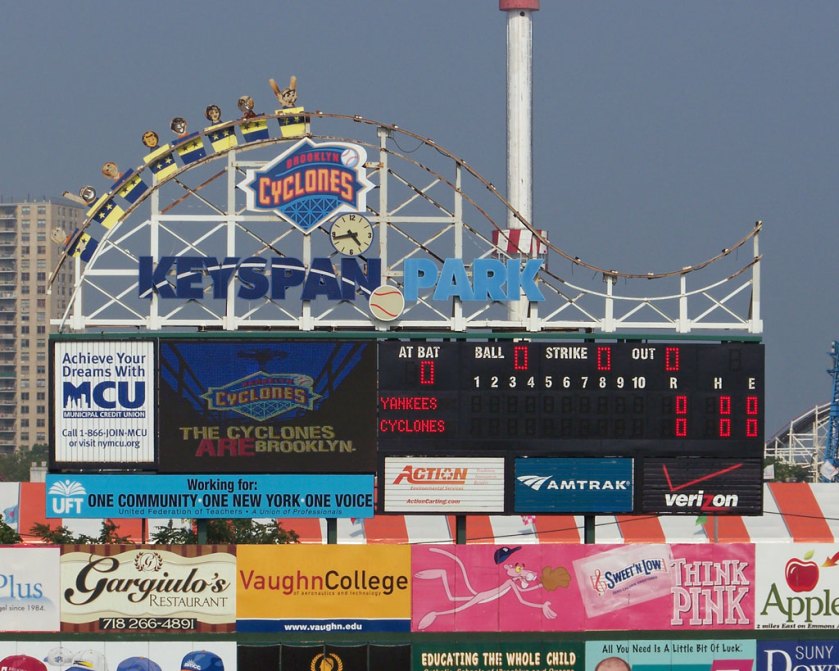 I went to my first Brooklyn Cyclones game on Saturday, which was supposed to be a beautiful summer day.  Just as I got to the Coney Island subway station, it started to pour. Fortunately, I didn’t get caught out in the storm, which only lasted about 15 minutes. 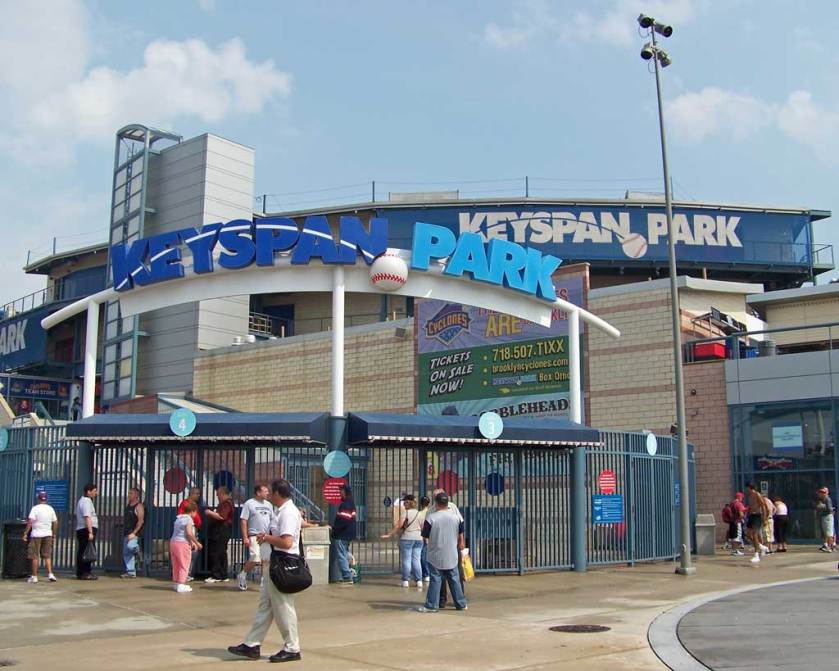 Keyspan Park is a beautiful minor league ballpark, but you can tell it’s owned by folks who own a major league team. Just like at CitiField, I had to put my bags down on a table to be searched and get the once-over with a metal detector wand before I could enter the park. 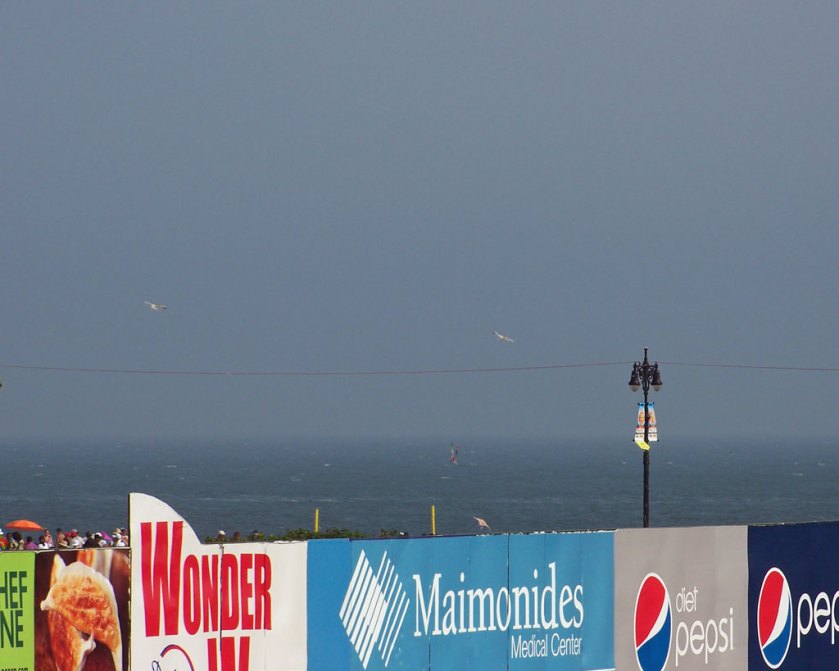 The park has a unique look, with former and current Coney Island amusement park rides visible beyond the park walls. From the concourse (and presumably the luxury suites) you can see the boardwalk and the water. The designers worked with the theme, creating a scoreboard with a roller coaster motif and making the mascot a seagull. 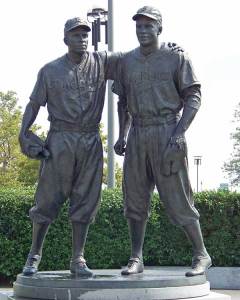 The park honors the legacy of Dodger baseball in Brooklyn. There is a life-size statue of Jackie Robinson and Pee Wee Reese outside. (And you can buy mini-replicas in the gift shop.) Several Brooklyn Dodgers have had their numbers retired, along with former Cyclones Danny Garcia and Brian Bannister. Somewhat surprisingly, I think there is less of an emphasis on Dodgers merchandise in the gift shop at Keyspan Park than there is at CitiField.

There were a variety of things going on in addition to the game. In addition to all the standard between-innings games, the Cyclones have a dance team called the Beach Bums that performed and helped out with the contests. Several vendors have their own schtick – one road a unicycle on top of the dugout roof during one inning break, another juggled oranges in the aisles. There was even a wedding party on the field prior to the game.

Geico sponsored a duffel bag giveaway for the first 2,000 fans, and the early arriving crowd also scored Geico gecko baseball caps. They also sponsored the post-game fireworks, but I didn’t stick around to watch them. The wind coming off the water was making me wish for a sweatshirt.

The game turned out to be a competitive affair, though it didn’t look like it would go that way at first. The Cyclones scored three first inning runs off the Staten Island Yankees, who didn’t have a baserunner of their own until the fifth inning. Once they got the offense going, Staten Island managed to score four runs before Brooklyn could get out of the inning.

Brooklyn’s Nick Santomauro hit a home run to tie the game, and the Cyclones went up 5-4 in the seventh.  Brooklyn’s bullpen held on for the win, so the team improved its record to 23-11. 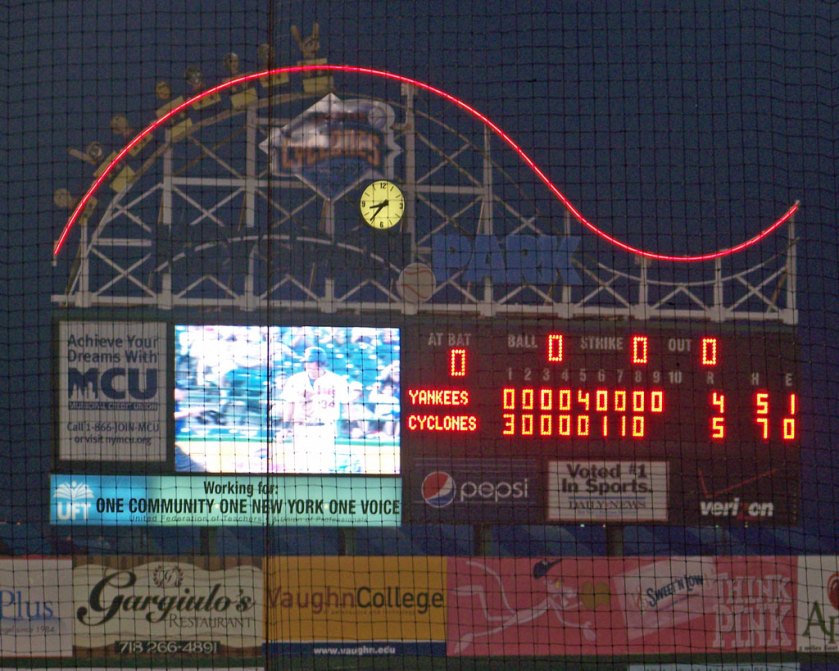 Here are a few more shots from Saturday’s game. 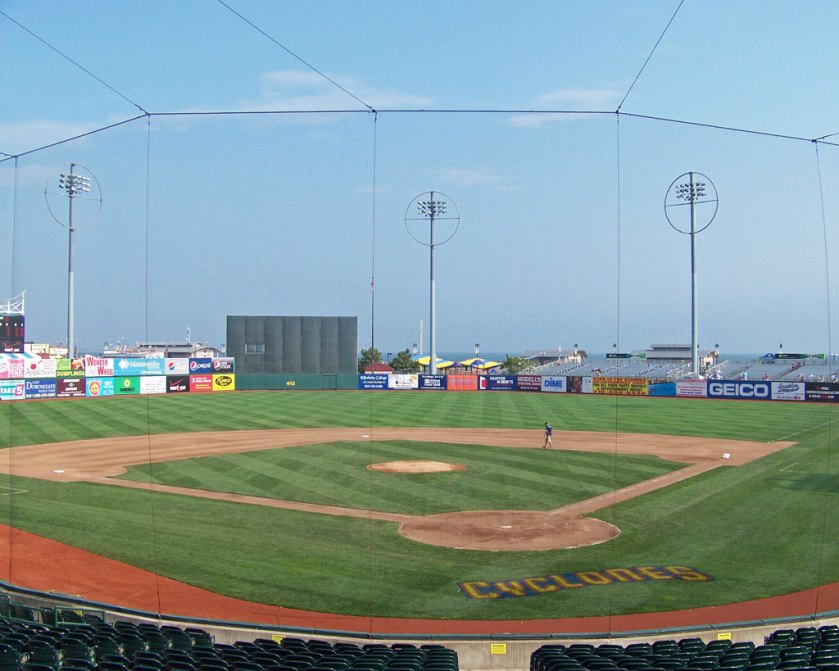 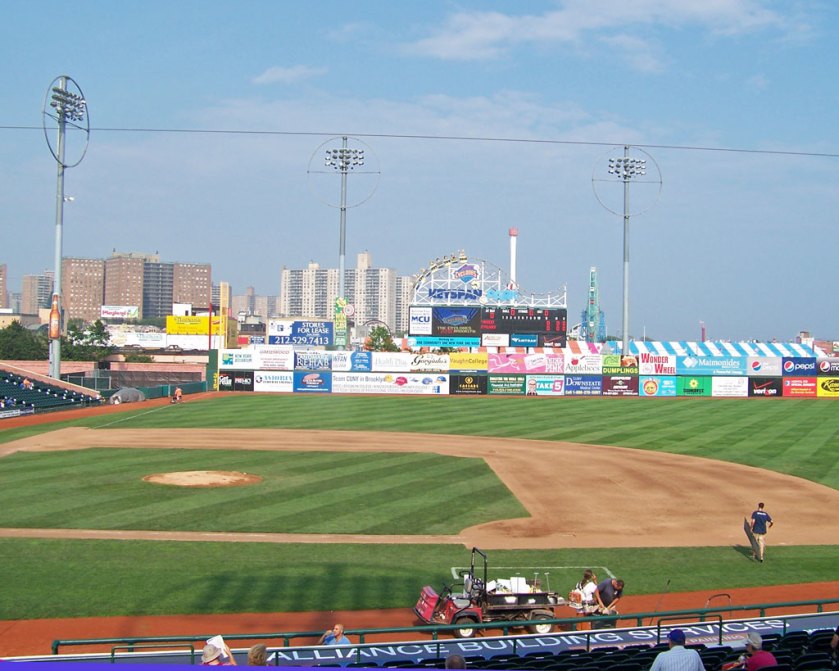 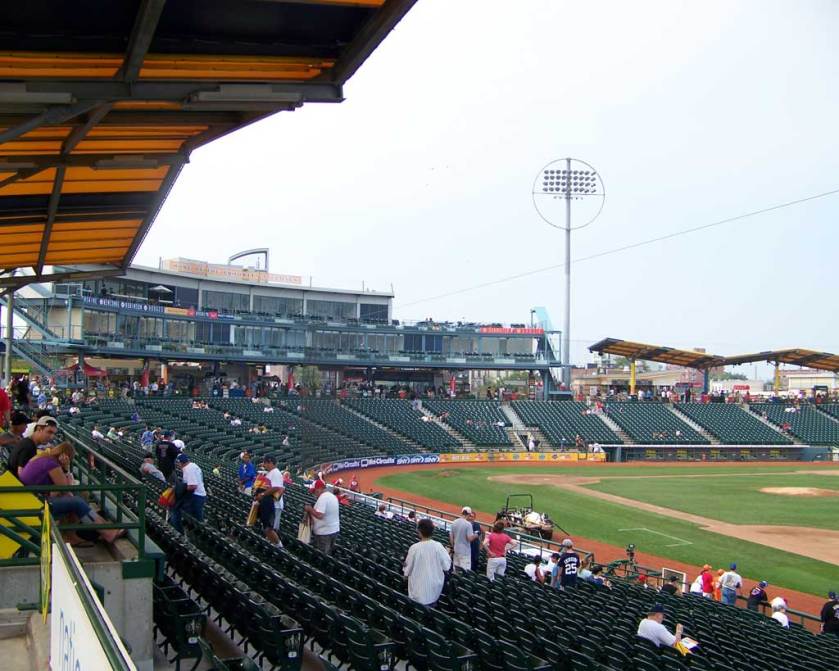 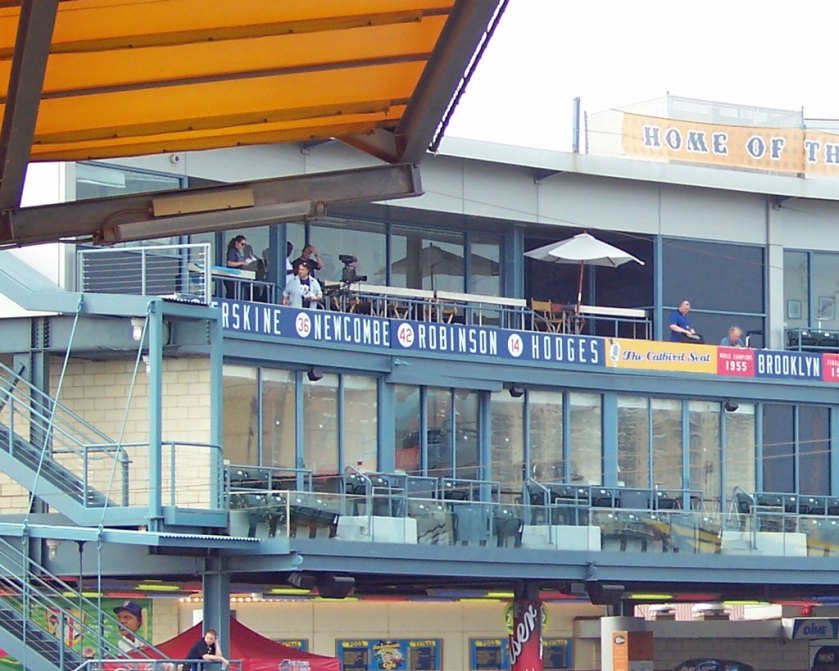 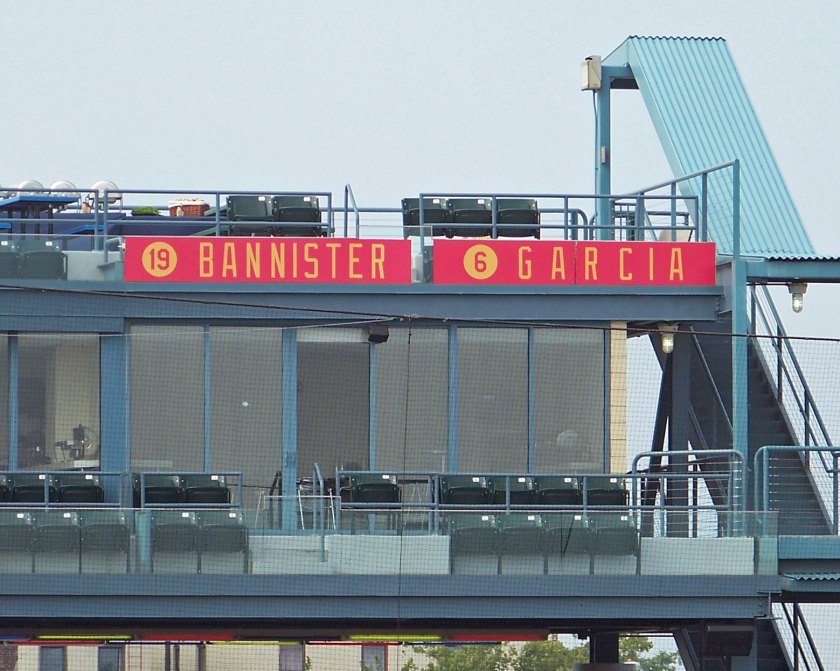 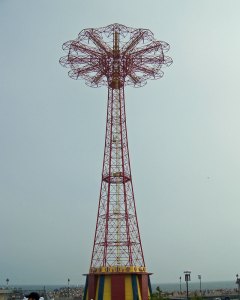 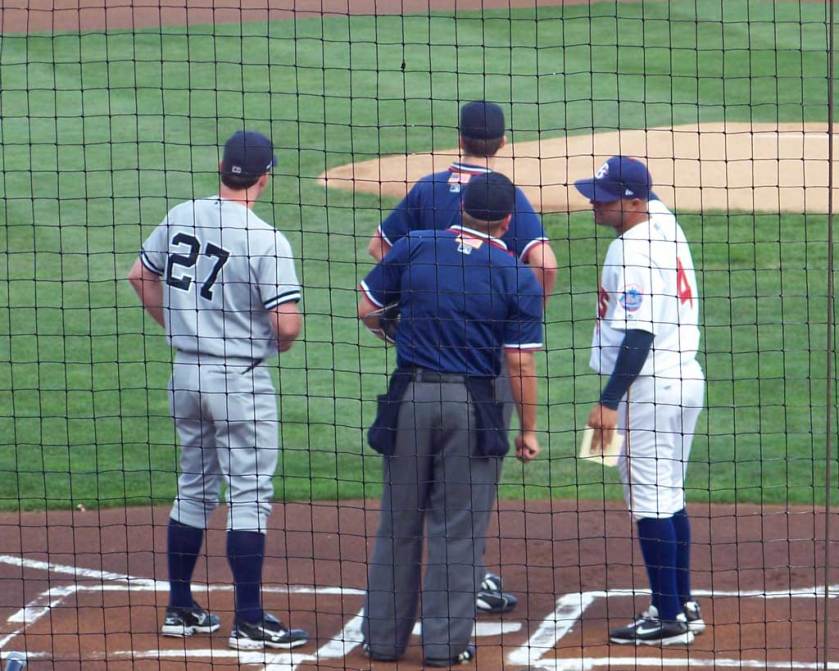 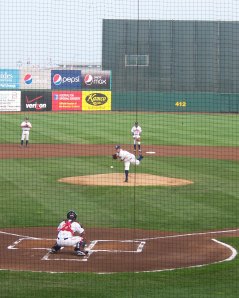 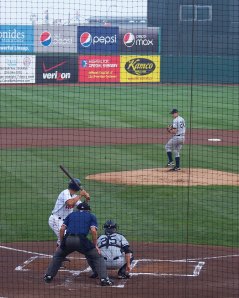