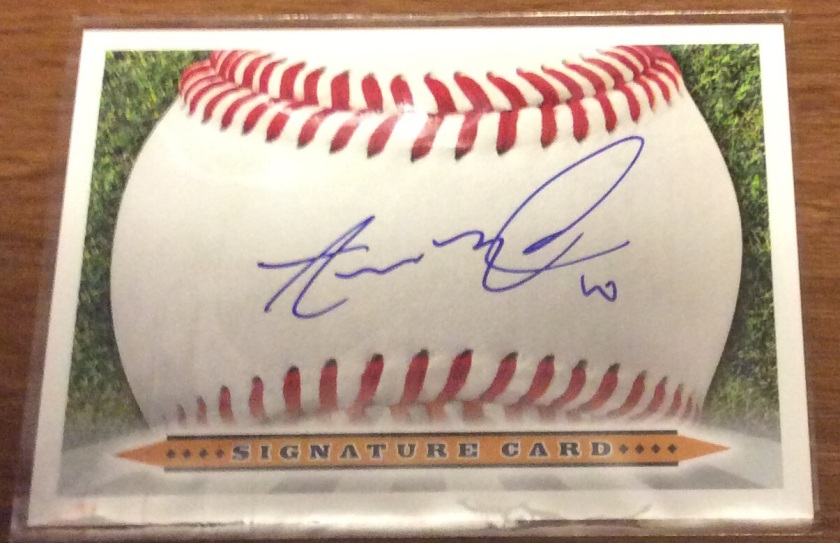 Aaron Nola was the Philadelphia Phillies’ first round pick in this year’s amateur draft. The seventh overall selection in the draft, Nola received a $3.3 million signing bonus when he agreed to a contract in June and was assigned to the Phillies’ Single-A team in Clearwater, Florida.

Nola made 11 starts in the Florida State League before being promoted to Double-A Reading to finish the season. When the Fightin Phils visited Trenton to end the season on Labor Day weekend, Nola signed the Autograph Card pictured above for me.

While many younger players don’t like to sign the blank cards, Nola had no problem with it (perhaps because he has yet to appear on a baseball card since turning pro.)

Nola finished his first season with a combined record of 4-3 with a 2.93 ERA, 45 strikeouts and just 10 walks in 55.1 innings. If he continues to progress at this rate, an appearance in Philadelphia before the end of 2015 might not out of the question.