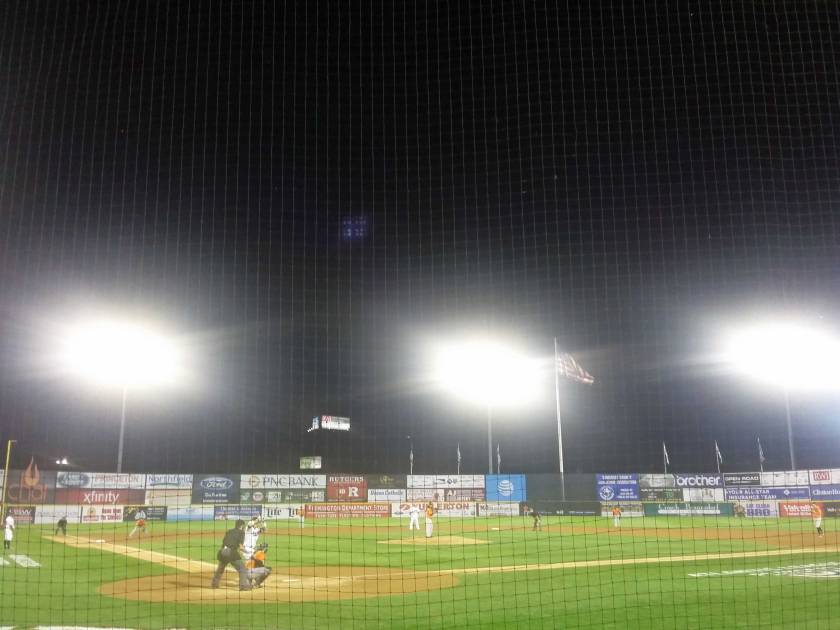 The Long Island Ducks defeated the Somerset Patriots tonight, earning the 2016 Liberty Division Championship title and the right to play the Sugar Land Skeeters this week for the Atlantic League Championship.

The Ducks became just the second team in league history to rally from an 0-2 start to win a best-of-five playoff series. (The 2001 Patriots were the first to pull it off, defeating the Newark Bears.)

END_OF_DOCUMENT_TOKEN_TO_BE_REPLACED

We’re ten days from the official start of spring training for the New York Mets, and GM Sandy Alderson told the New York Post yesterday that his roster is “pretty much there.”  Now I could point out the folly of going into the season with substantially the same team – minus Jose Reyes – that finished 4th with a 77-85 record in 2011, but spring training is a time for optimism.

So instead, let me point you toward a picture of Johan Santana working out in Port St. Lucie that the Mets posted to their Twitter account yesterday, and a Newsday story about how Josh Thole has been working to improve his defense. See? Positives.

And speaking of Twitter and Sandy Alderson, the Mets’ general manager now has an account: @MetsGM. He’s already shown that he has a sense of humor… let’s hope he’s prepared for interaction with Mets fans.

A pair of Mets minor leaguers – pitcher Scott Moviel and catcher Dock Doyle – were suspended for violating Minor League Baseball’s Drug Prevention and Treatment Program. Neither was considered a big prospect at this stage of their careers, but Moviel was the team’s second round pick in 2007.

(The 2007 draft wasn’t a particularly good one — the Mets had five picks in the first 100. Eddie Kunz briefly pitched in the majors in 2008, but has been stuck in Double-A for the last two years. In 2011, he played for the San Antonio Missions in the San Diego farm system. Nathan Vineyard retired from baseball at age 19 after 11 pro games. Moviel has yet to move past the Single-A level and was 5-10 with a 5.10 ERA for the St. Lucie Mets in 2011. Brant Rustich has been plagued by arm issues, has not pitched above the Single-A level and did not pitch at all last season. Eric Niesen has spent the last three years at Double-A Binghamton. He struggled in his first full year as a reliever, posting an 0-5 record with a 7.94 ERA in 27 games.)

I know I have a few occasional readers with ties to the Binghamton, N.Y. area, so I thought I’d mention that ESPN New York’s Adam Rubin is again reporting rumors that the Binghamton Mets franchise could be moving to Ottawa, Canada.

Cage 16, a baseball training academy in Bay Shore, Long Island, will be holding an “Opening Day” event on Saturday from 1-4 p.m. New York Mets fan-favorite Buddy Harrelson will be a special guest, and there will be a free baseball/softball seminar at 2:30 p.m. For more details, click here

Welcome to another installment of Minor League Mondays, a semi-regular feature of Paul’s Random Baseball Stuff where I take a look at some of the minor league and independent league team sets in my collection. Corey Mansfield of the Long Island Ducks Blog asked me to review the Ducks team sets I own, so I’m starting with the oldest one in my collection.

Manager Don McCormack led the 2003 Long Island Ducks to a 67-59 record in the independent Atlantic League. While the team had 16 players who spent or would spend times in the major leagues, it didn’t have any of the high profile ex-big leaguers that it did in other seasons like John Rocker, Juan Gonzlaez, Carl Everett or Edgardo Alfonzo.

The most famous player on the 2003 team was probably Mark Whiten, but he wasn’t around long enough to make it into the card set. Former Mets shortstop Buddy Harrelson was a coach for the Ducks – I’m not sure if he was still traveling to road games at that point, or if he was already strictly a home-only coach.

Produced by Choice Sports Cards, the 2003 Ducks team set has 28 numbered cards plus an unnumbered checklist. The cards have full-color, glossy finish fronts that feature mostly game action photography. (There are a few posed portrait shots.) The backs are printed in black and white, with small portrait photos, biographical information and stats (where applicable.)

If you’re looking for a 2003 Long Island Ducks team set for your own collection, Lake Country Minor League Prospects lists it for $11.

Do you have any requests for what you’d like to see next for Minor League Mondays? I’ve got most of the team sets produced by the Mets’ minor league affiliates from the mid-80s to present, most Atlantic League team sets from 2006-2010, and other assorted ones from the 80s to present (it would work best if you request an era or organization if you you want to see something non-Mets or non-Atlantic League.)

According to an email sent to Flushing Flash subscribers, the Mets “plan to speak with more candidates next week and hope to announce our new Manager as soon as possible.”

END_OF_DOCUMENT_TOKEN_TO_BE_REPLACED

A Leafeon amid the flowers #Pokemon #PokemonGo #PokemonGoAR
Spring is not cancelled
Today would have been #OpeningDay... here's hoping we'll be able to enjoy some #Mets baseball before too long. #StaySafe
Cool old coin...I bet you could actually buy something for a dime when this was new 😅
Emmet hopes everything is awesome for you this weekend #Lego
The ghost knight from CMF Series 19 is my latest #Lego minifigure