Dillon Gee took the mound in a Brooklyn Cyclones uniform this afternoon for the first time in seven years. The 28-year-old New York Mets pitcher was making a rehab start as he tries to come back from the strained right latissimus dorsi muscle in his back that has sidelined him since mid-May.

Gee threw 55 pitches, allowing one run on four hits and a walk while striking out six Staten Island Yankees. I’d thought about going to the game today because Gee is one of my favorite current Mets. Considering the time it takes to get to & from Coney Island and the cost of the trip, I decided to skip it. (1495 Sports suggests I might get another chance to go on Friday when Gee should have a higher pitch count target.)

END_OF_DOCUMENT_TOKEN_TO_BE_REPLACED

With spring training nearing an end, the New York Mets and other teams are making their final preparations for the regular season.

Dillon Gee will make his last Grapefruit League start tonight against the Houston Astros to get ready for his first career Opening Day assignment.

Ike Davis and Lucas Duda will both make the Opening Day roster, though it’s still up in the air which one will get to face Stephen Strasburg on March 31st. (I don’t think it matters that much. As long as Terry Collins sticks with a platoon of Davis or Duda and Josh Satin at first base – something he’s probably not going to do – the Mets should manage to get some production out of the spot. If he decides one is an everyday player, I expect to see a repeat of last year’s performance.)

Sandy Alderson suggested that Juan Lagares would get the nod over Eric Young Jr. for the third spot in the outfield. If that decision lasts longer than Collin Cowgill’s status as the everyday centerfielder did last year, the Mets are making the right call – defense is worth more than stolen bases.

END_OF_DOCUMENT_TOKEN_TO_BE_REPLACED 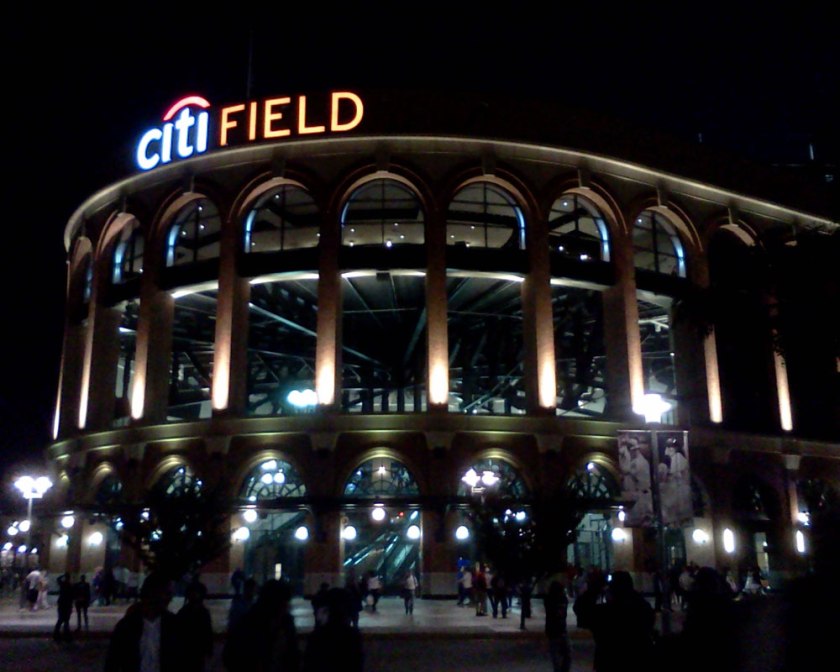 The Mets snapped a three-game losing streak tonight that seemed to last a lot longer thanks to rainouts, off-days and general malaise. And they beat the team with the best record in baseball to do it.

Dillon Gee continues to make a strong case to remain in the rotation after Zack Wheeler is promoted. After giving up a home run to Allen Craig and a double to Yadier Molina in the sixth inning, Gee rebounded to strike out David Freese and Jon Jay to escape further damage. Earlier in the season, that inning probably would have turned into a big Cardinals rally. Tonight it didn’t.

The defense and bullpen actually provided support for the Mets’ starting pitcher, unlike last night.

And though Mets hitters struck out 12 times and managed just six hits, three of them were home runs, and three were bunched during the first inning.

Weather permitting, Matt Harvey will take the hill tomorrow afternoon against Adam Wainwright. Maybe the Mets can put together a winning streak, and fans should be treated to an excellent pitching match up either way.

Last week was one that I’m sure most of the Mets would like to forget. They were snowed out twice in Colorado, and lost all three games they did play. The bullpen mostly lived down to its worst-in-the-majors stats. Greg Burke and Aaron Laffey didn’t make it through the week on the major league roster, and it would be hard to find anyone who wasn’t related to them that’s unhappy about that.

Sure, Matt Harvey‘s better, but he can’t pitch every day. Through their first 16 games, the Mets were 7-1 when he or Jonathon Niese started and 1-7 when anyone else did.

But maybe things are starting to turn around. On Sunday, Dillon Gee earned his first win of the season and pitched into the sixth. He turned in a strong five innings, allowing just three hits while striking out six and walking none. (He seemed to tire in the sixth when he walked three, but Terry Collins had a quick enough hook that it didn’t prove disastrous.)

The bullpen caused people to reach for their antacid of choice – particularly lefty specialist Scott Rice who walked lefty batter Denard Span after allowing a leadoff single – but thanks to Jayson Werth‘s over-eagerness at the plate, the Mets prevailed.

Maybe today is the start of something big. More likely, it was just a nice win for us to enjoy before heading back to the grind of another work week.

The Mets continue their homestand against the Los Angeles Dodgers and Philadelphia Phillies; neither team is playing particularly well. Let’s hope the Mets can take advantage.

Baseball is back, and the Mets got things off to a fun start with an 11-2 victory on Opening Day and an 8-4 win on Wednesday night. Unfortunately, they couldn’t complete the sweep on Thursday afternoon, but I’ll take a 2-1 start.

Sure, the San Diego Padres aren’t very good – they finished 10 games under .500 last year and are making do without their best player, Chase Headley, who’s on the DL with a fractured finger.

But why let that spoil the fun of watching the Mets play well? Jonathon Niese turned in an ace-like performance on Opening Day and managed two hits to help his cause.

Collin Cowgill earned fans with his Opening Day grand slam and his hustle – he was already closing in on third before the umpires had signaled it was a home run.

Scott Rice finally arrived in the major leagues after 14 years in the minor leagues and stints in independent league baseball with the Long Island Ducks, Newark Bears and York Revolution.

John Buck already has a pair of home runs and is earning praise from Mets pitchers. It’s certainly making it easier to accept Travis d’Arnaud starting the year in the minor leagues, and who knows? Maybe Buck will continue playing well enough to become a legitimate trade chip in July. (And in case you haven’t seen it yet, he’s got a really sweet catcher’s mask.)

Matt Harvey drew admiration from Tampa Bay Rays ace David Price for his performance Wednesday night – seven innings, one hit and 10 strikeouts. How can you ask for much more?

Even Dillon Gee was a hard-luck loser on Thursday – he held the Padres to just one run and pitched into the seventh inning.

This weekend’s games against the Miani Marlins may tells us a little bit more about the 2013 New York Mets. While the quality of competition isn’t going to improve much, the Mets will have to rely on the back half of the starting rotation. Jeremy Hefner and Aaron Laffey aren’t exactly Tom Seaver and Jerry Koosman (or even Harvey and Niese), but we might as well embrace them.

Sure, I’d be more excited about Zack Wheeler getting the ball on Sunday than watching Laffey, but let’s root for him instead of getting frustrated. Hopefully the Mets offense will look more like it did on Monday and Wednesday than it did Thursday afternoon.

If you want to see more of my Opening Day photos, head over to my Flickr account.