Ruben Tejada has more errors than hits this spring, but manager Terry Collins gave him a vote of confidence on Thursday.

“I talked to him today about trying to relax a little bit,” Collins said, according to  Michael J. Fensom  of The Star-Ledger. “I said, ‘Listen, you’re the shortstop here. Your name and your number are going to be in the lineup. Go be the player we know you can be.”

It’s nice that somebody is showing a little faith in Tejada, no matter how misguided it might turn out to be. After all, there’s really no one else in camp now that can play shortstop every day at the major league level.

With about two and a half weeks to go until Opening Day, it looks like the Mets will start the season with a shortstop who inspires little confidence in team officials or fans.

If Sandy Alderson and Fred Wilpon really believe the Mets should win 90 games, it’s time to find the money to pay Stephen Drew or make a trade for another shortstop who is better than Tejada.

END_OF_DOCUMENT_TOKEN_TO_BE_REPLACED

Word comes this morning from New York Post writer Josh Kosman that New York Mets owners Fred Wilpon and Saul Katz have made their biggest move of the off-season. Thanks to an increase in franchise value as a result of the record sale price of the Los Angeles Dodgers in 2012, Wilpon and Katz had no difficulty finding banks willing to refinance a loan weeks ahead of the due date of a $250 million principal payment.

The new loan still has to be approved by Major League Baseball, but with Fred Wilpon’s good friend Bud Selig still in charge, that’s likely to be a formality.

What this means: Wilpon and Katz, who might have been forced to sell the team if the refinancing negotiations went badly, will continue to own the Mets for the foreseeable future.

The payroll will continue to hover around its current range, and Sandy Alderson (or whoever takes over for him if his contract is not extended) will have to continue to look to the Oakland Athletics and Tampa Bay Rays for a blueprint to possible success. Not ideal, but not quite completely hopeless.

END_OF_DOCUMENT_TOKEN_TO_BE_REPLACED

Terry Collins sure knows how to spread excitement about the 2013 New York Mets, doesn’t he?

“If you’re talking about a guy who’s in this camp who has a chance to make a huge difference besides Lucas Duda, it might be Marlon Byrd,” Collins said. “This guy was one of the best players in the National League not very long ago. If he’s the same player he was in Chicago a couple of years ago, we might have found ourselves the right fielder. I know he’s that kind of talent.” (as reported by MLB.com’s Anthony DiComo)

I don’t know about you, but I can’t wait to buy a Marlon Byrd jersey to go along with the Lucas Duda one I (don’t) already have.

In other Mets spring training news this week:

And a couple of other stories that caught my eye:

Think about that for a second – the defending National League East champion isn’t going to worry about having a Tim Byrdak or a Pedro Feliciano just to play lefty-righty matchups. It’s almost enough to make me a Nationals fan. (Of course, Rizzo is also the “genius” that decided to shut down his team’s best pitcher in the middle of a pennant race.)

On bright side, we’re a week away from the Mets’ first spring training game, and about six weeks from the start of the season. Baseball will probably be more fun with actual games. I hope. 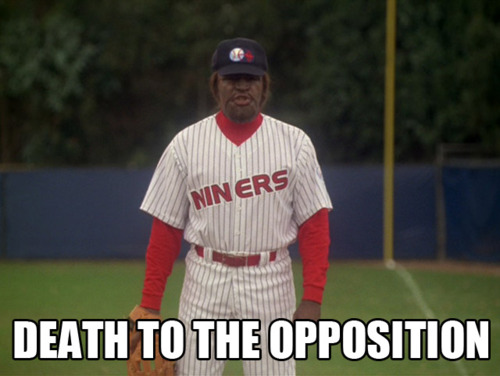 The owners of the New York Mets have reached a settlement with Irving Picard, the trustee for the victims in Bernard Madoff’s Ponzi scheme. It will cost them $162 million, which sounds like a lot of money to me but is far less than they could have lost if the matter proceeded through the court system.

“Now I can smile again,” Fred Wilpon said after the settlement was announced, according to Newsday. “Our first priority is getting down to Florida tomorrow to try to bring the Sterling [Equities] Mets back to prominence. Our fans deserve it.”

The $162 million figure includes $83 million that the Mets owners had already been ordered to pay the trustee, according to Richard Sandomir and Ken Belson of the New York Times.

With luck, the Mets can now put their financial house in some sort of order and we can go back to watching baseball without worrying about daily Madoff case updates.

I was going to write about Fred Wilpon‘s statements to the media or comment on Jeff Wilpon‘s t-shirts.

Then I saw this, and changed my mind:

Point taken. Instead, let me point out a different t-shirt – one being sold by Gary Cohen, Keith Hernandez and Ron Darling‘s non-profit foundation to honor Gary Carter‘s memory and raise money for a hospice that provides care for the terminally ill. (via The Real Dirty Mets Blog)