So last week, the Fate/Grand Order developers made a surprise announcement at AnimeNYC. North America would be getting a special Thanksgiving event, combining elements of Japan’s Scáthach banner and New Year’s 2016 events.

The highlight is the Thanksgiving Celebration Summon, a guaranteed opportunity to get one of nine five-star servants if you do a paid 10-card summon. Under normal circumstances, you have a one percent chance of drawing one of the game’s best servants. I’ve been playing for five months and had gotten exactly one.
END_OF_DOCUMENT_TOKEN_TO_BE_REPLACED

Out of the Park Baseball 16 is available online (and through Steam) today. For the first time, the game is licensed by Major League Baseball and Minor League Baseball. It includes official league logos, team logos and jerseys for all 30 MLB teams, over 150 MiLB league and team logos, and historical MLB logos.

END_OF_DOCUMENT_TOKEN_TO_BE_REPLACED 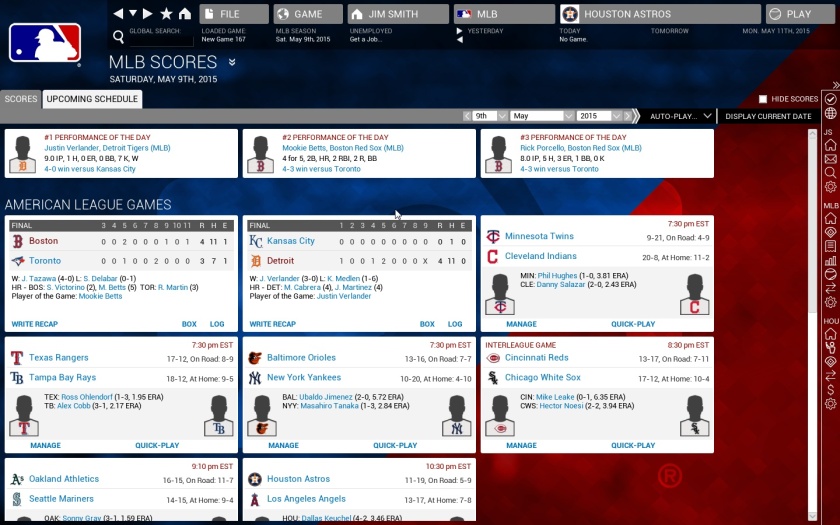 “Getting OOTP officially licensed has been in the back of my mind for a long time,” game creator Markus Heinsohn said on the company’s official blog. “MLB.com has always known about us, and every so often they’d inquire about us getting a license, but it always seemed so daunting. We’re not a major game developer, with our own legal department and things like that…. As it turns out, they had pretty reasonable terms, and they were easy to work with, so one thing led to another last year.”

I really enjoyed getting to play with OOTP 15 last year, but not seeing the real MLB team logos on the pages took some of the fun out of being the New York Mets’ general manager. I’m looking forward to their addition to this year’s version of the game.