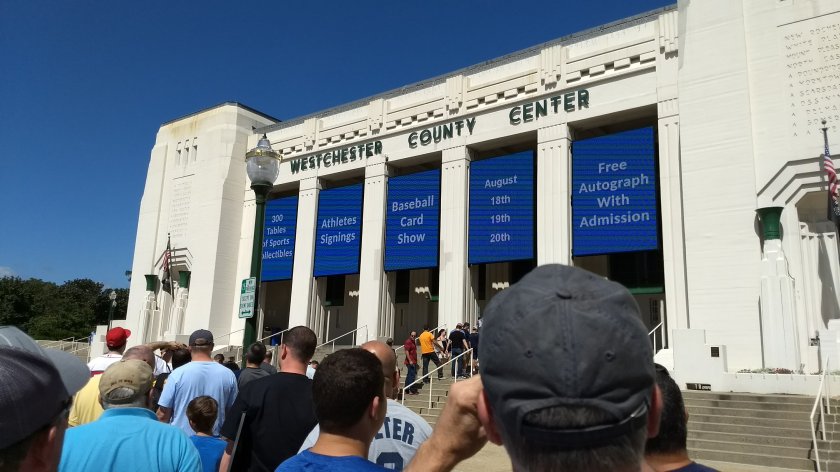 This weekend, JP Sports and Rock Solid Promotions held their White Plains National sports card show, featuring a selection of autograph guests that included former MLB and NFL stars as well as a few pro wrestlers and actors. There was really someone for just about everyone.

I was talking to my friend Bart on Friday and he mentioned that he was looking forward to the autograph show. Now I hardly ever get to see Bart or do things with him these days, so when he asked if I wanted to go with him, i was quick to agree since it lined up with a rare Saturday day off.

END_OF_DOCUMENT_TOKEN_TO_BE_REPLACED 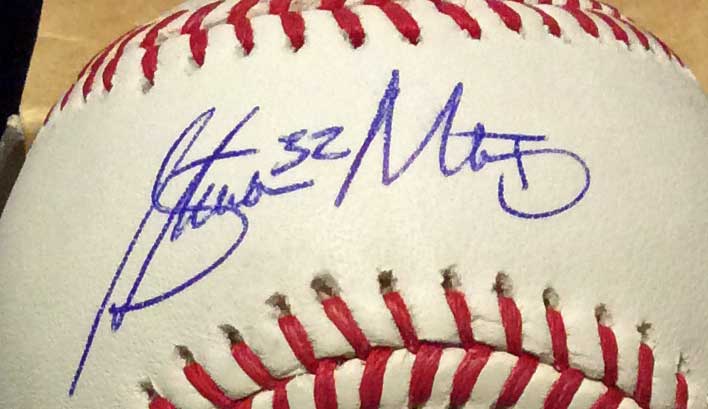 When I started collecting autographs in the late 1980s, if a baseball player was hired to sign autographs at a card show, you could frequently get a signature for $10… sometimes less. A star or Hall of Famer might cost $20 or $25. Larger shows would often have a free signer with paid admission.

I give JP’s Sports & Rock Solid Promotions credit for keeping the free signer tradition going for most of the shows that they run. At their White Plains show later this month, perfect game pitchers Tom Browning and Len Barker will sign for free on Saturday, Jan. 14th.

But some of the guests seem out of my league.

END_OF_DOCUMENT_TOKEN_TO_BE_REPLACED

The Mets are finally starting to make some news this off-season. (No, I’m not talking about offering arbitration to Oliver Perez… as far as the media knows, they haven’t gotten around to doing that just yet.)

Oh, and they’re supposed to be meeting with Brian Fuentes and Francisco Rodriguez in the relatively near future.

I know it’s still early in the offseason — and outside of the Matt Holiday trade, nobody else has done much either — but I’m starting to get a bit impatient. 😉