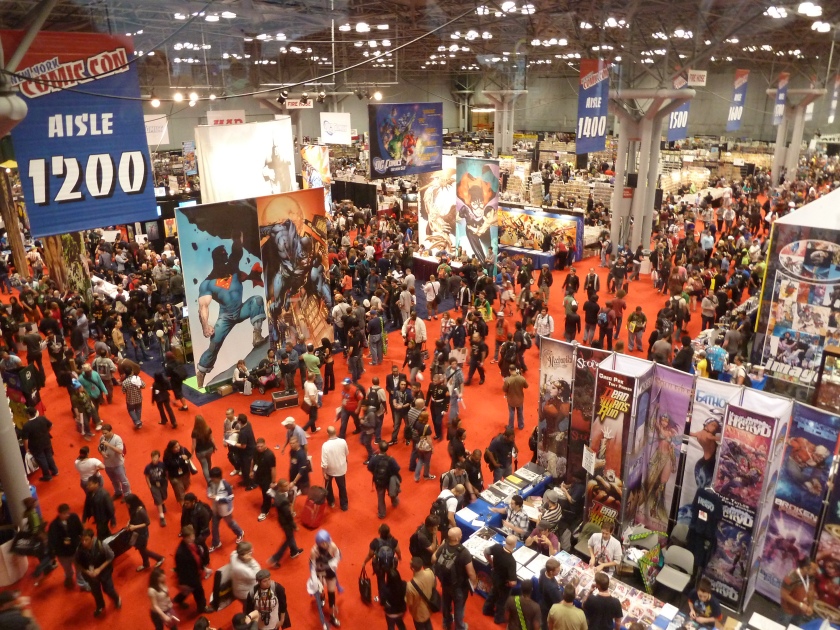 We’re about six weeks away from New York Comic Con, which bills itself as the biggest pop culture gathering on the east coast. I find it hard to argue – I used to go every year, but as the show grew I found myself less willing to put up with the crowds. My last show was in 2011, when I took this photo with Caprica star Alessandra Torresani, who was there to promote Jane Espenson‘s web series Husbands.

Until this year. I kinda miss the fun of conventions – seeing all of the cosplayers, getting to talk to other people who are fans of whatever you’re a fan of  (no matter how niche it might be) and getting new autographs from people who make your favorite shows/movies/games/comics.

END_OF_DOCUMENT_TOKEN_TO_BE_REPLACED

Star Wars Celebration Orlando was this past weekend…and while I didn’t get to go, I did get to see some of the panels via StarWars.com’s livestream. I also got to chase after some of the shared exclusive convention merchandise.

END_OF_DOCUMENT_TOKEN_TO_BE_REPLACED

How awesome was last week’s season finale of Star Wars Rebels? Ever since I read Timothy Zahn’s Heir to the Empire, I’ve wanted to see Grand Admiral Thrawn lead a space battle on screen and “Zero Hour” did not disappoint.

My friend Anne recently passed along a box of Star Wars Lego sets that her daughter didn’t want anymore. (I’m still working on getting them put back together, though the transport from the Stormtrooper battlepack of a couple of years ago turned up in one of my photos this week.)

I was surprised to find several Hasbro Star Wars action figures in the box along with the Lego sets, though. Most were from the first series of the Star Wars Rebels line from 2014. And they helped me fill in some holes in my own collection. END_OF_DOCUMENT_TOKEN_TO_BE_REPLACED