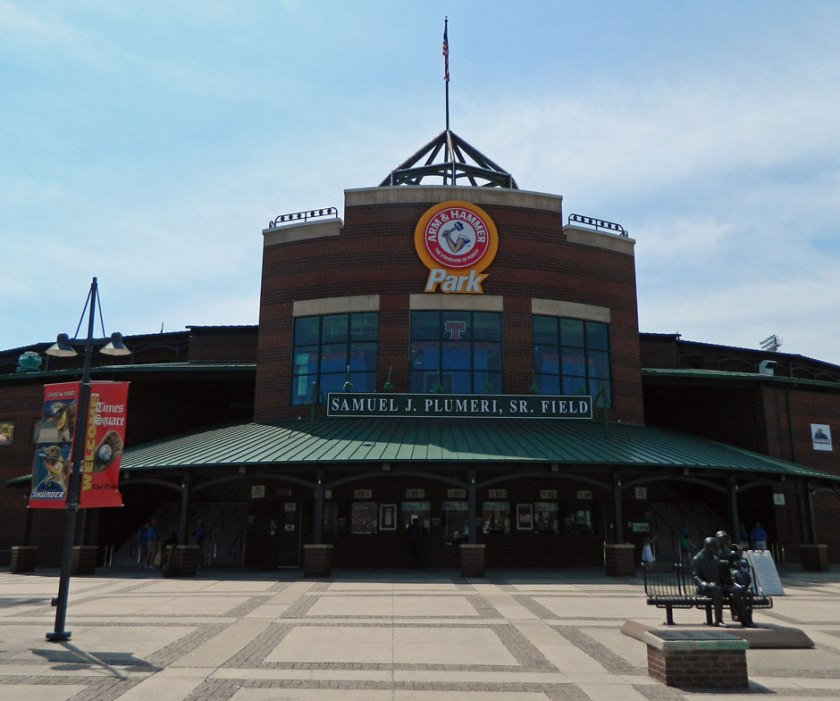 The Trenton Thunder are celebrating 20 seasons of baseball and are asking fans to help them choose the best players in team history.

Online voting is underway until July 1st; fans are asked to select two players at each infield position, four outfielders, five pitchers, and one manager.

The top overall choices will be featured in a baseball card set that will be given away to the first 1,500 fans at the August 2nd game between the Thunder and the Reading Phillies.

The Thunder will open a three-game series against the Binghamton Mets tonight; all three contests begin at 7:05 p.m. The first 1,000 fans 18 and over will receive a Kevin Youkilis replica jersey tonight; tomorrow New York Giants punter Steve Weatherford is scheduled to appear for an autograph session and Thursday will feature a postgame fireworks display.

Who is your favorite all-time Trenton Thunder player?

The Trenton Thunder are celebrating their 20th season in 2013, with a special event planned for the anniversary of their first game in Trenton on May 9th.

There will be many 20th season-themed giveaways throughout the year, including  t-shirts (April 26th), mini-bats (April 28th – kids only), pennants (May 17th), and banners (July 23rd).

Bobbleheads are always popular, and the Thunder are reaching back into their past for some of this year’s giveaways:  Kevin Youkilis (May 10th),  Chase (July 5th), Robinson Cano (July 19th), Nomar Garciaparra (mini bobblehead on August 9th) and Joba Chamberlian (August 23rd).

There will be various other giveaways throughout the season, plus frequent fireworks nights.

I’m hoping to go for the baseball card giveaways and to see Steve Weatherford… let’s see how things work out. Which promotions are you most interested in?